What is the Virtual Governing Members Lounge? The BSO's donor lounges are places for special connections and artist conversations – and an occasional glass of wine. During these unprecedented times of social distancing, we wanted to find a way to not only maintain these connections but also to provide insightful, exciting and interactive content for every single member of the BSO family.

How to Watch and Participate in this Livestream

1. Click play on the video above at 5pm. If it doesn’t start, try refreshing the webpage.
2. You can also watch the video on our Facebook page.
3. After the live event, a recording will be made available below.
4. Come back next week at the same time for another insightful conversation.

Join Chief Advancement Officer, Allison Burr-Livingstone, as she kicks off the second season of the virtual lounge with an introduction to newly appointed Assistant Conductor, Jonathan Rush, and talks about the upcoming digital season with Associate Conductor Nicholas Hersh.

A Backstage Tour of the Meyerhoff Symphony Hall
Thursday, August 13 at 5 pm

Enjoy a virtual backstage tour of the Joseph Meyerhoff Symphony Hall. After the tour, members of the BSO's own stage crew will share their unique perspectives and never before shared stories about the business of backstage - from meeting unique needs of the orchestra and artists to how they create the hall's signature sound and lighting, down to the screws in the ceiling.

All About Artscape
Thursday, July 23 at 5 pm

Kathleen Hornig, Festivals Director & COO of Baltimore Office of Promotion & the Arts, joins BSO Vice President of Development Allison Burr-Livingstone to share the history of how Artscape co-evolved alongside the Joseph Meyerhoff Symphony Hall and the Mount Vernon Cultural District, along with insight on how the nation’s largest free arts festival has taken a summer tradition virtual.

Thank you for your support of the BSO's Virtual Governing Member's Lounge. In an effort to encourage time for reflection, we are postponing our originally scheduled program with Maestro Jack Everly and Baltimore Choral Arts Society's Anthony Blake Clark.

Tonight, to help encourage that reflection, we are sharing a powerful - and still timely - speech, given by the late Congressman Elijah Cummings at the 2016 League of American Orchestras Conference hosted by the BSO in Baltimore.

We look forward to a return to the Lounge next week at our regularly scheduled time for a celebration of four members of the Orchestra on the event of their retirement.

In conversation entitled "Beethoven - A Voice for Our Time," BSO Vice President of Development Allison Burr-Livingstone is joined by Music Director Marin Alsop and Mark Ferraguto, Associate Professor of Musicology at Penn State University and author of Beethoven 1806, at 5 pm, live on the BSO’s Facebook Page.

Movie with Orchestra: The Magic of John Williams

Learn what it takes to go on tour with an Orchestra of 102 musicians and 83 guests and hear some of the best travel stories with Associate Concertmaster Audrey Wright, Vice President & General Manager Tonya McBride Robles and Director of Orchestra and Hall Operations Rebecca Cain.

Learn about The Wizard of Oz and more with BSO Principal Librarian Michael Ferraguto and special guest Todd Hitchcock, Director of Programming at the AFI Silver Theatre and Cultural Center.

Join us on Thursday, April 2nd at 5:00 pm for our next Virtual Governing Members Lounge featuring our very own BSO musicians! BSO Violist Colin Sorgi and Percussionist Brian Prechtl will discuss the making of the virtual orchestra performance of Mahler’s Third Symphony.

Our discussion with Colin Sorgi and Brian Prechtl will center on the BSO's virtual performance of "What Love Tells Me" from Mahler's Symphony No. 3. Watch it here.

Our discussion with composer Anna Clyne covers the following works of art: 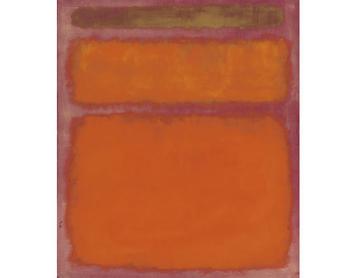 Auguries is a 2010 painting by Julie Mehretu (1970-), 12 panel aquatint with spit bite (from 48 plates)
www.thebroad.org/art/julie-mehretu/auguries