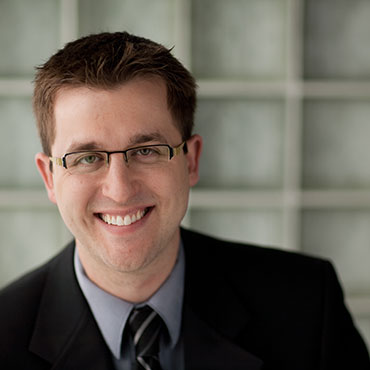 Andrew Staupe is emerging as one of the distinctive voices of a new generation of pianists. In 2012 Andrew made his Carnegie Hall debut to critical acclaim, for which New York Concert Review raved “Staupe gave a brilliant performance, handling the virtuosic demands with apparent ease… I was stunned- this was one of the most incredible performances… A once in a lifetime performance!” Andrew has appeared with the Minnesota Orchestra on 5 subscription series since 2006, and has performed with the San Diego Symphony, Houston Symphony, Indianapolis Symphony, and many other orchestras throughout the United States. He has collaborated with distinguished conductors Osmo Vanska, Jahja Ling, Gerard Schwarz, Andrew Litton, Daniel Hege, Robert Franz, Cristian Macelaru, and Mischa Santora. He has performed across the United States and extensively in Europe, appearing in Russia, Holland, the Czech Republic, Latvia, Romania, France, Germany, and Bulgaria. On tour in Europe, he has appeared in distinguished concert venues including the Concertgebouw in Amsterdam, Rachmaninov Hall in Moscow, the Salle Cortot in Paris, and the Ateneul Roman in Romania. Andrew performed on American Public Media’s “Performance Today” in both 2012 and in April 2014, and appeared on Garrison Keillor’s “A Prairie Home Companion.” Upcoming performance highlights include collaborations with cellist Sharon Robinson in New York, and his debut at the 2014 La Jolla Summerfest as a member of the newly formed Pegasus Trio.

An avid chamber musician, Andrew has collaborated with distinguished artists such as Chee-Yun, Martin Chalifour, Jessica Rivera, Desmond Hoebig, Joseph Swensen. He was a guest artist at the 2010 Orcas Island Chamber Music Festival, as well as the Glacier Symphony’s 2013 Festival Amadeus. Andrew has a keen interest in performing new music and has premiered a number of works for solo piano and chamber ensemble by composers Sarah Kirkland Snider, Christopher Walczak, Christopher Goddard, Karl Blench, and Anthony Brandt. Other notable performances include concerts at the Kennedy Center and the Library of Congress in Washington DC, Steinway Hall and Trinity Wall Street in New York City. His live performances have been broadcast nationally on WQXR in New York City, KSJN in Minneapolis, and KUHF in Houston.

Andrew has earned prizes in a number of competitions including the 2011 Pro Musicis International Award, Gold Medal at the 2010 Young Texas Artists Music Competition, and first prize at the 2006 WAMSO Competition. A native of Saint Paul, Minnesota, he is currently completing his D.M.A in Piano Performance at Rice University with pianist Jon Kimura Parker. Andrew completed his B.M. and M.M. in Piano Performance at the University of Minnesota, studying with pianist and Distinguished McKnight Professor Lydia Artymiw.

Before studying piano, Andrew was an actor and worked in numerous theater productions in Minneapolis, including performances at the Guthrie Theater, the Ordway Theater, and the Children’s Theater . He studied violin with Mark Bjork at the University of Minnesota, and also enjoys performing jazz standards. Andrew founded ‘The Leoninus Ensemble,’ a Medieval-Renaissance choral group, at the University of Minnesota in 2004, and was a baritone in the Waltham Abbey Singers. Other hobbies include studying ancient history and archaeology, visual arts, and film.