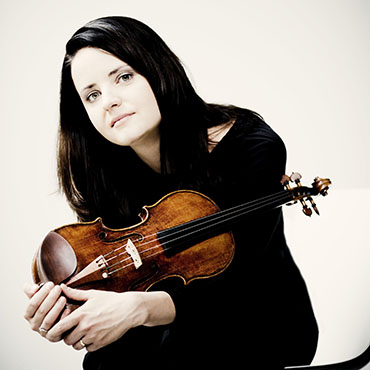 Chamber music highlights include performances at the Schubertiade Schwarzenberg, Konzerthaus Vienna and Concertgebouw Amsterdam. She will be joined by her sisters Lauma and Linda Skride for performances of the Skride Quartet, at the Schleswig-Holstein Musik Festival and the Rheingau Musikfestival.

In June 2013, Skride released a Schumann CD with the Danish National Symphony and John Storgårds (Orfeo). Previous recordings include the Stravinsky and Frank Martin violin concertos with the BBC National Orchestra of Wales and Thierry Fischer, a Brahms CD box with Stockholm Philharmonic and Sakari Oramo, a Tchaikovsky CD with the City of Birmingham Symphony Orchestra and Nelsons and a duo disc with her sister.

Ms. Skride was born into a musical family in Latvia. In 1995, she began studying at the Conservatory of Music and Theatre in Rostock. In 2001, she won the first prize of the Queen Elisabeth Competition. Ms. Skride plays the Stradivarius Ex Baron Feilitzsch violin (1734), which is generously on loan to her from Gidon Kremer.