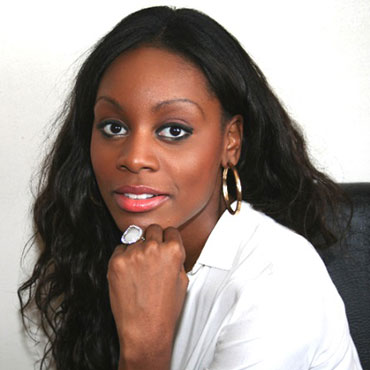 Soprano Onadek Winan, a native of Paris, is finishing her studies at The Juilliard School, where she studies with Edith Bers. She has been awarded a Juilliard Alumni Fund Scholarship, a Leona Gordon Lowin Memorial Scholarship, a Jerome L. Greene Fellowship and is currently a proud recipient of a Kovner Fellowship at Juilliard. She made her opera debut with the Radio France Philharmonic Orchestra at age 15, singing the lead role in Henri Tomasi’s Le Colibri at salle Olivier Messiaen in Paris. She was Le feu and Le rossignol in Ravel’s l'Enfant et les sortilèges with the Paris National Opera’s Children’s Choir. She also sang with the Massy Opera house in Vivaldi and Donizetti programs, and made her recital debut in Paris’ salle Cortot. Recently she sang in Charpentier's Acteon with conductor William Christie in New York and Virginia, and she was Bastienne in Mozart's Bastien und Bastienne with the Massy Opera house. She covered the role of Lucia in Juilliard production of Britten's The rape of Lucretia and she made her Avery Fischer and Carnegie Hall debut. Upcoming she will make her debut at the Avignon Opera House in France. Ms. Winan’s competition prizes include Jury's Prize in the International Singing Competition of Marmande, 1st prize in Les Maitres du chant Francais, and Most Promising Singer Prize in the Canari Vocal Competition. She has been named by the Juilliard School 2015 Presser Scholar in recognition of outstanding achievement as a music major. Onadek graduated from the Ecole Normale de Musique and studied at the Conservatoire National Supérieur de Musique both in Paris. She also graduated from the Conservatoire National de Région where she studied piano and music theory. She has been supported by the Safran Foundation for Music.