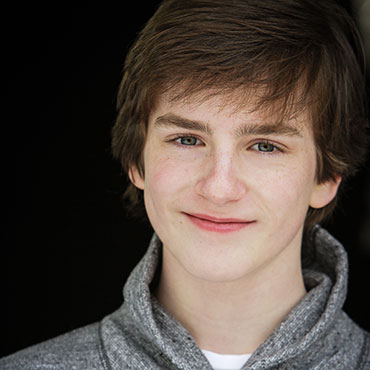 Alex DeVito is a 14-year-old rising freshman at Gilman School, where he has enjoyed singing with the Middle T boys’ choir for the past 3 years. Stage credits include Ryan and Troy in productions of High School Musical, Tin Man in The Wiz and Levi in Joseph… He has studied ballet, tap, jazz and modern for 7 years with the Mid-Atlantic Center for the Performing Arts, with credits including the title role in The Nutcracker, and regional and national dance competition titles. Recent film credits include Boeing’s “Above & Beyond” with the National Air & Space Museum and an educational film for Project Learning Tree and the National Forest Service. Alex is excited to return to the Joseph Meyerhoff Symphony Hall stage after several years, having performed in 3 productions as the T’was son in the BSO’s Holiday Spectacular!