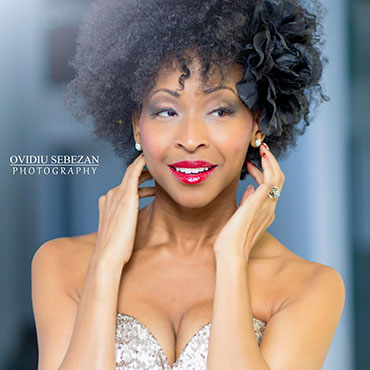 N'Kenge's an artist who's destined to make a serious impact on several musical fronts. From operatic to spiritual, from pop to musical theater, from jazz to blues; tender or intense, N'Kenge's performances are consistent in her technical excellence. Her musical repertoire covers 11 languages and her power and control are uncanny. Joe Berger, LBTV Music

The NY Post called N'Kenge "Electrifying" in her role as Mary Wells, which she originated in Broadway's smash hit Motown: The Musical and was recently seen on television as a presenter for the 58th Annual NY Emmy Awards. As a powerhouse singer, actress' this beauty is also a new mother, who finds the time to give her all to audiences around the globe wheter it is in front of a Symphony at a concert hall; on a Broadway stage; in a theatre and beyond...N'Kenge's vocals are undeniably recognizable.

For the 2015-2016 season, N'Kenge was seen as The Witch in Big Fish and Matron "Mama" Morton in Chicago with Alpine Music Project Theater and has been cast as Queen Ti in Broadway bound Akhenaten: The Musical, where she is also a co-producer. Beyond Broadway, N'Kenge is a part of several all-star vocal casts with numerous symphonies acrooss the United States and Canade including Edmonton Symphony, Naples Philharmonic and Sarasota Symphony. She continues to colunterr her chops for special events, fundraisers, galas and conferences like stylists duo Andrew Clay and Evette Holyfield's travelling private event - Style Sessions; the International Women's Forum World Leadership Conference; and GiGi's Playhouse NYC's 4th Annual Gala.

A Bronx native, N'Kenge, which is a Confolese name meaning superior in mind, made her Broadway debut in Sondheim on Sondheim alongside Barbara Cook, Vanessa Williams, Norm Lewis and Tom Wopat which was directed by Pulitzer Prizer winner James Lapine. In London, N'Kenge made her West End debut starring in The Genius of Ray Charles. She was hailed by the New York Times as "a classically trained diva that can stretch from Broadway, Pop Soul to Opera." N'Kenge starred in the Michael Jackson Tribute Show World Tour and has also been seen as a soloist at Carnegie Hall with The New York Pops Orchestra, Baltimore Symphony, Cincinatti Symphony, Indianapolis Symphony and Cleveland Orchestra to name a few.

A graduate from both the prestigious Julliard School and Manhattan School of Music, N'Kenge was nominated for Outstanding Lead Actress by the Helen Hayes Awards in DC for her performance in 3 Mo'Divas and Nomincated by Arizoni Awards for Best Actress in the lead of Elton John's Aida. During the Clinton Administration, N'Kenge performed at the White House for their holiday festivities and at the Library of Congress which was broadcast worldwide on NPR. In 2009, N'Kenge returned to Capitol Hill with the honor of performing for President Obama at the Commander-in-Chief's Inaugural Ball.

N'Kenge has recently been elected to the Board of Directors for the prestigious "The Players Club" in NYC, which was founded 125 years ago by the great Shakespearean American Actor Edwin Booth.