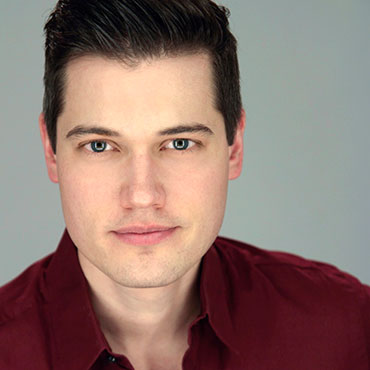 Ron Remke is thrilled to be performing again with the incomparable BSO!  He was recently in the closing cast of the longest running show in Las Vegas, “Jubilee!”.  He has had the privilege of performing with symphonies throughout the United States and Canada, was a featured soloist with the renowned 12 Irish Tenors and hastraveled the world singing onboard some of the world’s must luxurious cruise ships.  Select credits include, “Lead Tenor” in The Producers (Westchester Broadway Theater, Pioneer Theater), “Hugo” in Aspects of Love, Captain Tarnitz in The Student Prince (Media Theater), Dance Captain of Kiss Me, Kate (US National Tour) and appearances at The Fulton Opera House, Marriott Lincolnshire, The Merry-Go-Round Playhouse, Struther’s Library Theater and Cortland Repertory among others.  He has also worked with Sesame Street and Nickelodeon as a voice-over character artist and is the voice of "Juan" in Sonia Monzano's (Maria from Sesame St.) "No Dog Allowed!".  His full symphonic CD entitled “Broadway Classics” is available on iTunes.