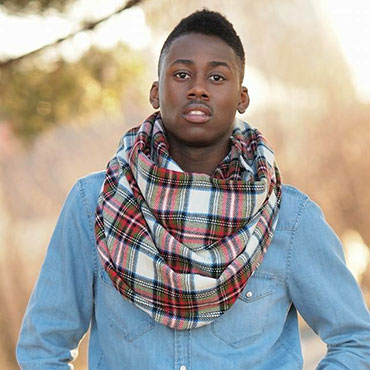 Xavier Brebnor (actor, singer & dancer) began his training with Eleanor Wyche (All Things Are Possible, LLC) in 2004 and has been auditioning and performing for television, local and statewide audiences for the last eight years. He has been casted in shows like Christmas Carol at the Ford's Theatre, Electric Company WETA Kids, Nickelodeon Halo Awards, Fame Jr. the musical, Hairspray and a host of school plays, Annie, Music Man and Oklahoma. He is a 2010 graduate of Liberty Christian Academy and A Beka Academy high school. Later this month Xavier will be attending AMDA NY. He has won several awards at the 2009 IMTA (International Modeling Talent Agency Showcase) in New York and later signed with Shirley Grant Management in 2010. He is a recipient of the 2011-2013 Estekke Deab, Peabody Preparatory boys Ballet dance scholarship. In summer 2015, Xavier joined Glyndon Area Players again to play the role of Donkey in Shrek the Musical. In September 2015, Xavier went on to play a son in a local Bill Kidds Car commercial. Xavier is overjoyed to be part of an amazing production. He would like to thank his family for their continuous support.