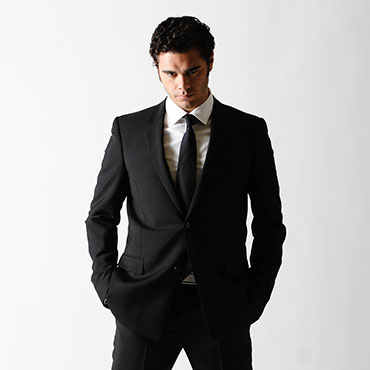 In the 2015-2016 season, Elliot Madore returned to the Metropolitan Opera as Figaro in The Barber of Seville. He also made his San Francisco Opera debut as Anthony in Sweeney Todd and returned to the Bayerische Staatsoper as Harlekin in Ariadne auf Naxos under music director Kirill Petrenko performed both in Munich and at the Théâtre des Champs-Elysées in Paris. He debuted at Teatro de la Maestranza as Figaro, Lyric Opera of Kansas City as Belcore in L’elisir d’amore and at Santa Fe Opera as Mercutio in a new production of Roméo et Juliette conducted by Harry Bicket. Mr. Madore performed in concert with Charles Dutoit and Orchestre de la Suisse Romande in L’heure espagnole and L’enfant et les sortilèges.

Mr. Madore recently made his Bayerische Staatsoper debut as Pelléas in a new production of Pelléas et Melisande, a role he debuted at the Croatian National Opera in Stéphane Braunschweig’s production. He also debuted at the Dutch National Opera as Prince Hérisson de Porc-Epic in Laurent Pelly’s new production of Chabrier’s L’étoile which was recorded for DVD. He returned to Opernhaus Zurich as Harlekin in Ariadne auf Naxos under Fabio Luisi and opened the new Philharmonie Hall in Paris with Les Arts Florissants as Adario in Rameau’s Les Indes galantes. He was heard in recital with the Cleveland Art Song Festival and with Music Toronto, which was broadcast on the CBC, as well as debuted with the Houston Symphony Orchestra in Carmina Burana with music director Andrés Orozco-Estrada.

He made his European operatic debut at the Glyndebourne Festival in a new production of L’heure espagnole as Ramiro and L’enfant et les sortilèges as The Cat/Grandfather Clock directed by Laurent Pelly and conducted by Kazushi Ono. He was also seen in this same Ravel double-bill at the Saito Kinen Festival conducted by Seiji Ozawa and directed by Laurent Pelly. He recently returned to the Glyndebourne Festival as the title role in Mozart’s Don Giovanni, a role he also sang at Opera Philadelphia and Opera Theatre of Saint Louis. Mr. Madore made his Metropolitan Opera mainstage debut as Lysander in their original baroque fantasy The Enchanted Island conducted by William Christie, as well as singing the Novice’s Friend in Billy Budd as a member of Lindemann Young Artist Development Program. A recent member of the ensemble at Opernhaus Zürich, he was seen as Valentin in a new production of Faust, Guglielmo in Così fan tutte under Tomas Netopil, Schaunard in La bohème conducted by Nello Santi, Andrei a new production of Peter Eötvös’s Three Sisters, Silvio in Pagliacci, Silvano in Un ballo in maschera and Germano in La scala di seta.

Mr. Madore made his Carnegie Hall recital debut at Weill Recital Hall as part of Marilyn Horne’s The Song Continues… series and performed a solo concert with the Edmonton Symphony in a program of opera arias and Lieder. His Canadian recital debut took place at the National Arts Centre in Canada which was recorded and broadcast on the CBC Radio Two’s "Next! Canada's Music Future" Series. In the summer of 2011, he was a member of the Salzburg Festival’s Young Singers Project where he covered the title role in Don Giovanni and Guglielmo in Così fan tutte. He also made his Salzburg Festival debut as the Japanese Envoy in concert performances of Stravinsky’s Le rossignol with Ivor Bolton and Mozarteumorchester Salzburg. At the Tanglewood Festival, Mr. Madore has been seen as Harlekin and the Music Master in Ariadne auf Naxos under the baton of Christoph von Dohnányi and the title role of Don Giovanni under James Levine.

In addition to the Metropolitan Opera National Council Auditions, Mr. Madore was the recipient of the 2010 George London Award for a Canadian Singer from the George London Foundation, a finalist in the 2010 Eleanor McCollum Competition for Young Singers in Houston and the recipient of the ARIAS Emerging Young Artist Award from Opera Canada. He was also the winner of the 2009 Palm Beach Vocal Competition. Elliot Madore is a graduate of the Curtis Institute of Music where he studied with Marlena Malas.