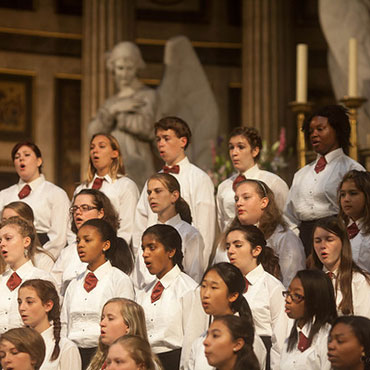 400 children between the ages of six and 18 participate each year in three levels of training, rehearsing high quality treble music of advancing challenge and sophistication, and performing in public concert at least twice a year.