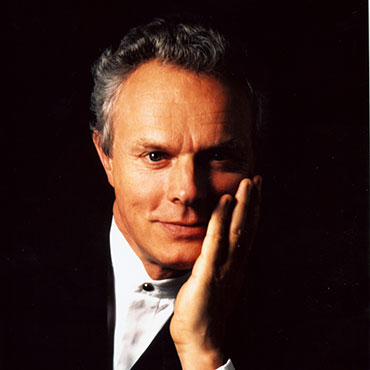 Yan Pascal Tortelier enjoys a distinguished career as guest conductor of the world’s most prestigious orchestras. He began his musical career as a violinist and, at fourteen, won first prize for violin at the Paris Conservatoire, making his soloist debut with the London Philharmonic Orchestra shortly afterward.

Recent highlights include returns to the United States to conduct the orchestras in Pittsburgh, Dallas, Montreal, San Francisco, Minnesota and Baltimore; European performances with the Iceland, Royal Flemish, Lyon National, Bournemouth symphony orchestras, and the Royal Liverpool and BBC philharmonic orchestra; and his return to Australia to conduct the Melbourne, Adelaide and Sydney symphony orchestras. Tortelier will also perform with the St Petersburg Philharmonic and Montreal Symphony.

Tortelier has enjoyed a long association with Chandos Records, resulting in an extensive catalogue of recordings, notably with the BBC Philharmonic and Ulster orchestras, and including award-winning cycles of the orchestral music of Debussy, Ravel (featuring his own orchestration of Ravel's Piano Trio), Franck, Roussel and Dutilleux. He has also conducted critically acclaimed discs of repertoire ranging from Hindemith and Kodaly to Lutoslawski, and Karlowicz. Recent releases for Chandos include the Ravel piano concertos coupled with Debussy’s Fantaisie, with pianist Jean-Efflam Bavouzet, and a disc of works by Florent Schmitt with the Sao Paulo Symphony.