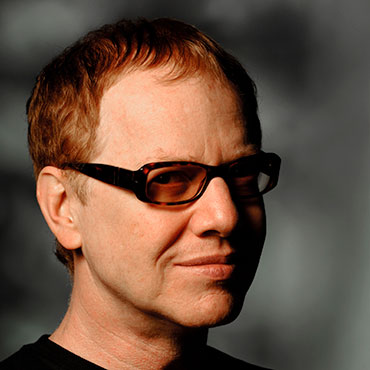 A native of Los Angeles, Elfman grew up loving film music. He travelled the world as a young man, absorbing its musical diversity. He helped found the band Oingo Boingo, and came to the attention of a young Tim Burton, who asked him to write the score for Pee-wee’s Big Adventure. 25 years later, the two have forged one of the most fruitful composer-director collaborations in film history. In addition to his film work, Elfman wrote the iconic theme music for the television series The Simpsons and Desperate Housewives. He also composed a ballet, Rabbit and Rogue, choreographed by Twyla Tharp, a symphony entitled Serenada Schizophrana for Carnegie Hall, an overture called The Overeager Overture for the Hollywood Bowl, and, Iris — a Cirque du Soleil show. “Having a particular style is not bad,” says Elfman, “but I prefer to push myself in the direction of being a composer who you never know what he’s doing next.”