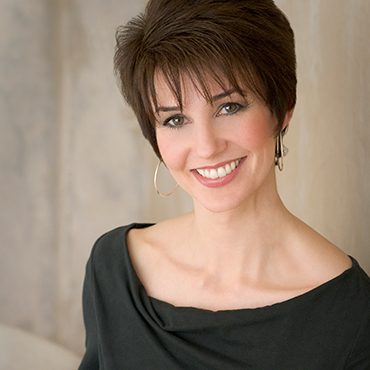 On the concert stage, Kristen Plumley has performed a broad spectrum of works, including Mozart’s Coronation Mass and Haydn’s Mass in Time of War with the New England Symphonic Ensemble at Carnegie Hall, Mozart’s Mass in C minor and Elgar’s For the Fallen, Bach’s Coffee Cantata, Respighi’s Laud to the Nativity and Bach’s Cantata No. 1, A Yuletide Celebration (sacred and secular Christmas music) with the Indianapolis, Seattle and Portland Symphonies and An Evening of Gilbert and Sullivan with the symphony orchestras of St. Louis, Richmond, Memphis and Minnesota.

Enthusiastic about contemporary works, she has been active in many new operas at the prestigious Banff Centre for the Arts (Alberta, Canada) and in companies throughout New York City.

Ms. Plumley received an Artist Diploma in opera from the Hartt School of Music and a Bachelor of Arts in psychology and music from Holy Cross College. Twice a winner in the Connecticut Opera Guild Scholarship Competition, she is also a recipient of the Richard F. Gold Career Grant (Shoshana Foundation).