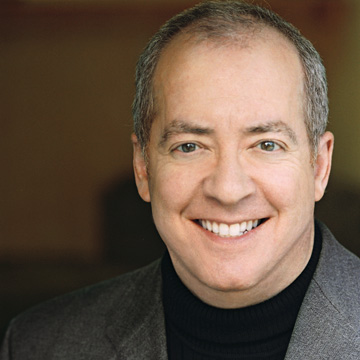 Conductor Jeffrey Schindler enjoys a dynamic international career that takes him from concert podiums around the world to the scoring stages of Hollywood, to the recording studios of London. Whether leading symphonic works of the Masters, multi-million dollar film scores, or cutting edge contemporary and commercial music, Mr. Schindler’s energy and visionary musical storytelling are hallmarks of every performance. Mr. Schindler’s artistry melds imaginative and illuminating performances with expressive and powerful technique, impeccable scholarship and vibrant energy.

Mr. Schindler’s extensive podium experience, efficient rehearsals and expressive baton technique place him in high demand among film composers who seek the passion and refined artistry he elicits from an orchestra. He has led the sessions for many international feature film and television projects including X-men: Apocalypse, X-men: Days of Future Past, Jack the Giant Slayer, The Wolfman, Astroboy, How Stella Got Her Groove Back, Temple Grandin, Four Christmases, Bernard and Doris, Anchorman, Talladega Nights, Hollywood Homicide and the most successful documentary of all time: the Academy-Award winning March of the Penguins.

Mr. Schindler is a sought-after orchestrator and arranger, highly regarded for his orchestral knowledge, expert musicianship and impeccable taste. His more than 250 production credits include Hotel Transylvania 2, Pee Wee’s Big Holiday, Ice Age: Eggscapade, 22 Jump Street, Cloudy 2: Revenge of the Leftovers, Gnomeo and Juliet, Superman Returns, The Invasion, Firewall, Next, as well as orchestrations for Broadway composer Stephen Schwartz. Orchestras and ensembles around the world have played Mr. Schindler’s orchestrations and arrangements, including the Los Angeles Philharmonic, the London Symphony Orchestra and the Czech Philharmonic.

A virtuoso harpsichordist and organist, Mr. Schindler has performed concerts with ensembles nationally in addition to extensive recitals throughout New England and has appeared as soloist with the Santa Barbara Chamber Orchestra and in concert with members of the Los Angeles Chamber Orchestra, Philadelphia Orchestra and New York Philharmonic. An early music scholar, he is a consummate accompanist and has performed with major symphonies throughout the United States improvising from the basso continuo. He served as Harpsichordist in Residence at the National Flute Convention and most recently performed all six Brandenburg Concerti in concert with the Santa Barbara Chamber Orchestra and Vivaldi’s Four Seasons with Martin Chalifour, concertmaster of the Los Angeles Philharmonic.  He has performed with such early music luminaries as Jaap Schroder, Stanley Ritchie and Fortunato Arico, as well as with members of Tafelmusik and Aston Magna.

In every aspect of his diverse career, Mr. Schindler demonstrates his commitment to profound musical communication, technical excellence, versatility, breadth of knowledge and his quest for imaginative and creative musical interaction.