Off The Cuff: Tchaikovsky with Balanchine

Off The Cuff: Tchaikovsky with Balanchine 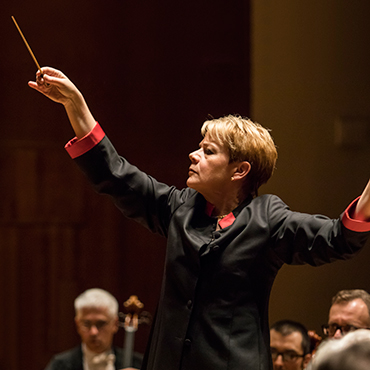 Tchaikovsky is famous for ballet, yet his Serenade for Strings was not originally composed for dance. Its poignant themes inspired world-renowned choreographer George Balanchine to transform it into a ballet in 1934. Experience the musical and visual journey of this graceful score destined for dance performed by dancers from the Baltimore School for the Arts, staged by Deborah Wingert with coaching by Heather Watts, both former New York City Ballet dancers. Join us after the concert for a conductor-led Q&A session.

*The Saturday, April 28 performance will be followed by a ‘Tchaikovsky Chaser’ after-party featuring live music from Tongue in Cheek, food specials from Wicked Sisters and $6 Moscow mule specials!

Learn more about the program in Overture Magazine