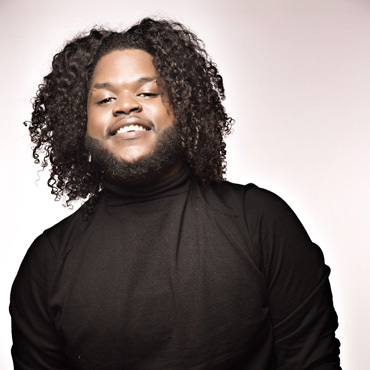 With a combination of soul, jazz, R&B & Gospel, the would was bound to know the name Davon Fleming. With every song created to uplift & inspire he has spread the message of LOVE all over the world & made it his life’s work to heal the world music. Before gracing the stage of NBC’s, The Voice, Baltimore Maryland native, Davon Fleming started singing at the early age of three. Fleming discovered his love for music growing up in church and throughout the years would go on to sing and study different genres of music. Through many adversities his perseverance and dedication would later open doors. Fleming went on to compete in the Bet Gospel competition “Sunday’s Best” where he placed in the top 20 and went on to release his first single entitled “I Need You”. Shortly after he toured throughout Italy & Switzerland making him an international artist. In 2017 he became a contestant on NBC’s hit singing competition show, The Voice were he amazed viewers and judges with his performances week after week. Fleming ended his run as a semi-finalist but left his mark by topping the charts at number one each week and being the only contestant in the history of the show to place in 3 different charts during a season (Pop, R&B & Christian) Fleming is currently working on his debut project and serving communities in his hometown where he holds the key to the city. Since the he had performed all over and worked with some of the industries top artist. Davon Fleming’s star is steadily rising and has no plans on falling anytime soon.