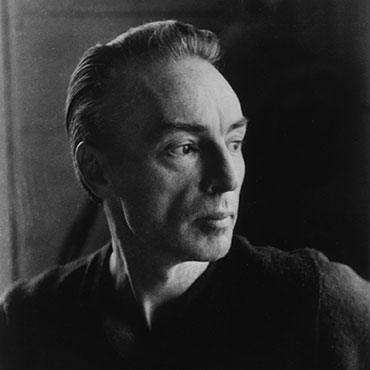 George Balanchine transformed the world of ballet. He is widely regarded as the most influential choreographer of the 20th century and he co-founded two of ballet's most important institutions: New York City Ballet and the School of American Ballet. Balanchine was born in St. Petersburg, Russia in 1904, studied at the Imperial Ballet School in St. Petersburg and danced with the Marinsky Theatre Ballet Company, where he began choreographing short works. In the summer of 1924, Balanchine left the newly formed Soviet Union for Europe, where he was invited by impresario Serge Diaghilev to join the Ballets Russes. For that company, Balanchine choreographed his first important ballets: Apollo (1928) and Prodigal Son (1929). After Ballets Russes was dissolved following Diaghilev's death in 1929, Balanchine spent his next few years on a variety of projects in Europe and then formed his own company, Les Ballets 1933, in Paris. There, he met American arts connoisseur Lincoln Kirstein, who persuaded him to come to the United States. In 1934, the pair founded the School of American Ballet, which remains in operation to this day, training students for companies around the world. Balanchine's first ballet in the U.S., Serenade, set to music by Tchaikovsky, was created for SAB students and premiered on June 9, 1934, on the grounds of an estate in White Plains. Balanchine and Kirstein founded several short-lived ballet companies before forming Ballet Society in 1946, which was renamed New York City Ballet in 1948. Balanchine served as the Company's ballet master from that year until his death in 1983, building it into one of the most important performing arts institutions in the world, and a cornerstone of the cultural life of New York City. He choreographed 425 works over the course of 60-plus years, and his musical choices range from Tchaikovsky (one of his favorite composers) to Stravinsky (his compatriot and friend) to Gershwin (who embodied the choreographer's love of America). Many of Balanchine's works are considered to be masterpieces and are performed by ballet companies all over the world.