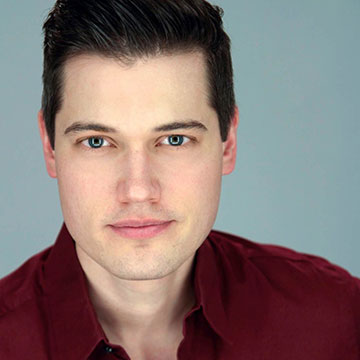 Ron Remke is currently performing at Caesars Palace, Las Vegas in “Cocktail Cabaret” in the historic Cleopatra’s Barge.  He recently completed a two year run of "BAZ-Star Crossed Love" at the Palazzo in Las Vegas and you may have also seen him in the final cast of the iconic “Donn Arden’s Jubilee!” at Bally’s, LV when it completed its 34 year run.  He is a frequent soloist with symphonies throughout North America including; The Cleveland Orchestra, Indianapolis Symphony Orchestra, Naples Philharmonic, National Arts Centre Orchestra, Baltimore Symphony, Oklahoma City Philharmonic, Vancouver Symphony Orchestra and Fort Worth Symphony among others.  A sought after performer on the high seas, Ron has visited over seventy countries while singing onboard Silversea and Regent Seven Seas cruise lines. He has appeared in numerous regional theatrical productions and toured the nation with “Kiss Me, Kate”.  He has a BFA in Musical Theater from Penn State and his debut CD is entitled Broadway Classics and available on iTunes.