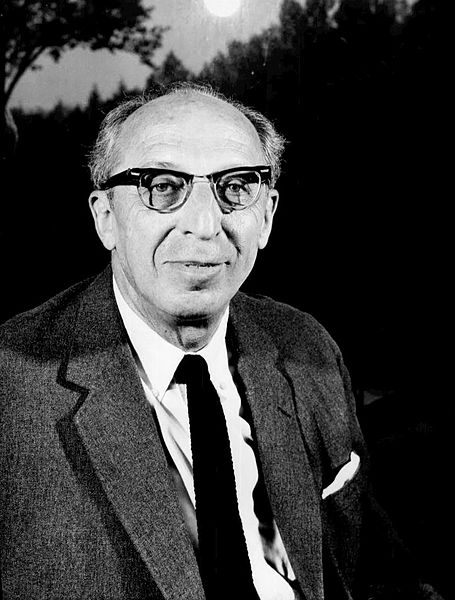 Aaron Copland’s music reflected his own personality: plain, straightforward, honest, and idealistic. Born in Brooklyn, he was a true product of the American melting pot. His parents, Russian Jews, had emigrated from Eastern Europe. His mother, Sarah Mittenthal, who had grown up in Peoria, Illinois and Dallas, Texas, probably first inspired his fascination with the great American open spaces. In his early twenties, Copland traveled to France to receive a European grounding in composition from the renowned pedagogue Nadia Boulanger. Upon returning to America, he was initially lured by the modernist international style inspired by Stravinsky. 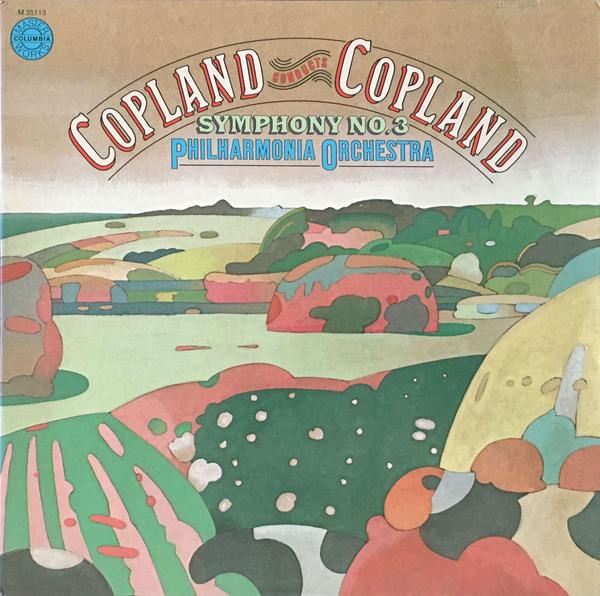 The coming of the Depression, however, ignited Copland’s sense of musical mission. He became part of the group of New Deal artists clustered around the photographer Alfred Stieglitz (including Georgia O’Keefe, Ansel Adams, and Hart Crane) who, taking the motto “Affirm America” as their credo, sought to express the American democratic ideal in their art. Copland decided to address his music not to the elite few but to the general music-lover and “to see if I couldn't say what I had to say in the simplest possible terms.”

In the late 1930s and 1940s, American composers, such as Roy Harris, Charles Ives, and William Schuman, became deeply attracted to the symphony, a form currently out of fashion in Europe except for Shostakovich’s Russia. Copland had two earlier symphonic works in his catalogue, but neither was a full-scale symphony with a capital “S.” His colleagues began pestering him to take the plunge.

Early in 1944, his devoted supporter Serge Koussevitzky, music director of the Boston Symphony, extended a commission for a major orchestral work. Always a slow and painstaking craftsman, Copland barely finished the Symphony No. 3 in time for its premiere by that other BSO on October 18, 1946. Born during World War II, it arrived in time to celebrate the Allied victory, and its heroic, affirmative tone ensured its success. Adding to the Symphony’s grandeur was his incorporation of his splendiferous Fanfare for the Common Man — composed in 1942 for a wartime fanfare series at the Cincinnati Symphony — in the finale.

But the first movement — built in the form of an arch — opens with the utmost simplicity and gentleness. Singing in unison, flute, clarinets and violins etch a spare melody of wide-open-spaces intervals. The brass provides tender commentary as the instruments gradually pile in for a first affirmation. Violas and woodwinds then quietly introduce a second theme, close cousin to the first but more flowing and rhythmically active. This, too, builds to a climax until the trombones present the movement's third theme. In a rising shape and more assertive in spirit, this melody is a harbinger of the “Fanfare for the Common Man.” The whole orchestra salutes it with dance-like music of great rhythmic energy. A marvelous passage of glittering percussion music leads to a stentorian climax of brass and drums —the peak of the arch — before a return to the opening’s spare simplicity.

The crash of drums awakens us with a jolt as the second-movement Scherzo begins. The horns leap upward with a call-to-action idea that also looks ahead to the Fanfare. The other brass instruments imitate their cry in a blazing military display. Then, horns and violas extend this idea into a true theme, accompanied by chugging strings and a chortling piccolo. Repeated three times, this theme evokes ever more exuberant bursts of orchestral merriment. The slower trio section offers a total contrast in mood, with a solo oboe singing a melancholy, romantic melody reminiscent of one of Copland's Western ballets.

Movement three opens with yet another extraordinary transformation. As we listen to the violins' high, ethereal line, we can hardly believe it is the trombones’ assertive third theme from the first movement in airy new guise. Intensified by counterpoint from other instruments, it rises to a passionate climax. The solo flute sings a new theme, rocking gently in Copland's signature Americana style; this beautifully scored music recalls the pioneers of Copland’s Appalachian Spring. Its luminous close leads directly into the finale.

From the Third Symphony's genesis, Copland said he had intended to “carry further” the music of Fanfare for the Common Man, which in 1946 was still a little-known piece. After a soft preview, it is blazed forth by brass and percussion, serving as dynamic preparation for the work’s longest and most dramatic movement. A quick, swirling theme grows out of it and generates a dancing fugato. Eventually, the Fanfare joins in the dance. This music grows in frenzy until stopped dead in its tracks by loud, harshly dissonant chords. Tentatively, the woodwinds resume the dance, which gradually builds to a powerful restatement of the Fanfare. And near the end, we hear again, high in the strings, the simple theme with which the symphony began. Shedding his usual love of understatement, Copland closes his victory symphony with a grandeur that must have delighted Koussevitzky, just as it still delights audiences today.