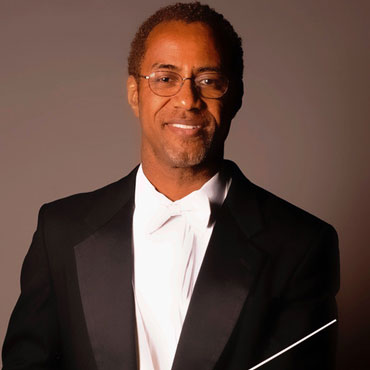 Eric Conway is the director of the Morgan State University Choir and the chairperson of Morgan's Fine and Performing Arts Department. He has travelled all over the world, directing the choir in the Czech Republic, Ghana, South Africa and Colombia, to name a few destinations.

Conway is a doctoral graduate of The Peabody Conservatory of Music of the Johns Hopkins University, where he majored in piano and conducting and received the prestigious Liberace scholar­ship. He has appeared in the U.S. and abroad as a piano soloist and chamber musician. During a tour of Eastern Africa sponsored by the United Stares Information Agency, he performed a solo recital for Madagascan television and radio. He has also toured Asia as the orchestral pianist of the BSO. Dr. Conway's choral work includes working closely with such famed conductors as Robert Shaw, Sir Neville Marriner, and Donald Neuen. In June of 2006, Dr. Conway was Chorusmaster for performances of Mahler Symphony No. 2, at the close of the BSO music director, Yuri Temirkanov's tenure. Under Dr. Conway's direction, the Morgan Choir appeared in the Grammy-nominated recording of Leonard Bernstein's Mass with the BSO.

In addition to his musical accomplishments, Dr. Conway holds degrees in both accounting and business management and is a certified public accountant. Dr. Conway is also a member of the Maryland State Arts Council.