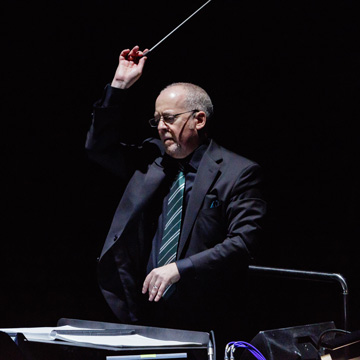 Conductor Jeffrey Schindler enjoys a dynamic international career that takes him from concert podiums around the world to the recording studios of Hollywood and London. Mr. Schindler has conducted world-renowned orchestras across the globe, including the London Symphony Orchestra, Sydney Symphony Orchestra, and Seattle Symphony, and is one of the only conductors leading live orchestra to film performances who has also conducted the original film scores of major Hollywood motion pictures, including X-men: Apocalypse, The Wolfman and Jack the Giant Slayer. Known for his commitment to profound musical communication, technical excellence, versatility, breadth of knowledge and a quest for imaginative and creative musical interaction, Mr. Schindler recently celebrated his 100th performance in the Harry Potter franchise, live orchestra with film. Other live orchestra to film titles in his repertoire include Amadeus, DreamWorks Animation in Concert, and the Christmas favorite It’s a Wonderful Life. In July of 2015, he produced and conducted the world premiere of March of the Penguins live to film with the Seattle Symphony Orchestra. He will be making his debut performances in the Star Wars galaxy in Winter 2019 with the Nashville Symphony.