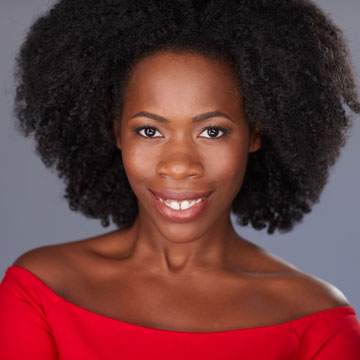 American soprano Jasmine Habersham most recently performed the role of Pip in Moby Dick with Utah Opera, Pamina in The Magic Flute with Opera Theatre of St. Louis: Opera on the Go, Papagena in Die Zauberflöte with Cincinnati Opera, Yum-Yum in the The Mikado with Kentucky Opera, Esther in Intimate Apparel with Cincinnati Opera Fusion and Clara in Porgy and Bess with Utah Festival Opera. As a member of the The Glimmerglass Festival she performed the roles of Papagena in The Magic Flute and as an Apparition in Macbeth.  In concert she has performed Szymanowski’s Stabat Mater, Schubert’s Mass in G, Bach’s B Minor Mass, Handel's Messiah and Duke Ellington’s Concert of Sacred Music. Additional performances for the 2018-2019 season include a reprise of Pip in Moby Dick with Opera San Jose and the role of Katie Jackson in the world premiere of Joel Puckett’s The Fix with Minnesota Opera.