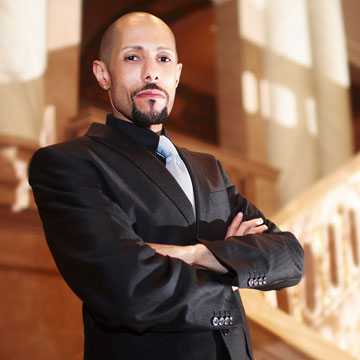 Larry D. Hylton is an American tenor who has inspired audiences around the world. A graduate of the Duke Ellington School of the Arts in Washington, D.C., Hylton studied voice with Jackson Sheats, Charlotte Black, Samuel Bonds and Betty Ridgeway.

Hylton has appeared around the world with many reputable companies, including the Metropolitan Opera, Opéra National de Lyon, Opéra de Montréal and the Edinburgh International Festival.

Larry has been featured in every performance venue housed within the John F. Kennedy Center for the Performing Arts and has also been a guest soloist at the Potter's House of Dallas with Pastor T.D. Jakes.

While Hylton is widely known for his portrayal of Sportin’ Life in Gershwin's Porgy and Bess, his other credits include Carmen Jones under the baton of Plácido Domingo, Sweeney Todd, Debbie Allen's Soul Possessed and Black Nativity. In 2015 Larry debuted the role of Prince in Ricky Ian Gordon's Morning Star produced by Cincinnati Opera.

Hylton currently resides in New York City where he is a staff musician at the historic Abyssinian Baptist Church in Harlem.