POULENC Concerto for Two Pianos and Orchestra in D minor

Concerto for Two Pianos and Orchestra in D minor 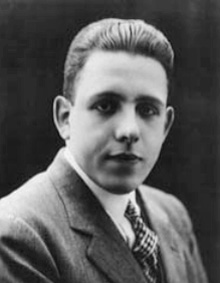 Composers are usually complex men, but few could match Francis Poulenc in this respect: part worldly Parisian sophisticate, part sincere, devout Catholic with, as he said, “the faith of a country pastor.” Born into a wealthy French family, Poulenc seems to have inherited these two sides of his personality from his parents. His father, manager of the Rhône-Poulenc textile firm, was a man of deep faith; his mother was a cultured leader of Parisian society, who, like her son, adored music, art, literature, and theater.

In his late teens, Poulenc emerged as one of Les Six a trendy group of young composers who thumbed their noses at the classical establishment and happily borrowed from popular styles. Assimilating musicians as diverse as Bach, Mozart, Chabrier, Stravinsky, and Maurice Chevalier into a style uniquely his own, Poulenc rightly described himself as “wildly eclectic.”

By 1932 when he created his vivacious, insouciant Concerto for Two Pianos, Poulenc was a pet composer of the wealthy French nobility who ran Paris’ most fashionable artistic salons. Chief among them was the Princesse Edmond de Polignac, born Winnaretta Singer, heiress of the American Singer sewing machine fortune. Over her philanthropic career, she championed many of Europe’s leading composers, including Ravel and Stravinsky.  Commissioned by her and written very rapidly that summer, the Double Concerto was designed to be a work of pure entertainment to be played by two pianists who were close friends: Poulenc himself and Jacques Février. They gave the Concerto’s first performance in Venice on September 5, 1932.

Wildly eclectic indeed, this sparkling work merrily combines influences from Ravel, Stravinsky, popular music-hall entertainment, and even the exotic sounds of Balinese gamelan music. But strongest of all is the connection to Mozart, who was Poulenc’s favorite composer; the Concerto’s second movement is an enchanting homage to him.

With two gunshot chords, the first movement explodes into a series of zany melodies linked together by a slyly conspiratorial four-note rhythmic motive. This craziness suddenly subsides into a much calmer middle section in a slow, entranced tempo; here the two pianos dominate with cool, slightly exotic melodies over delicate orchestration. After a return to the zany music comes an abrupt pause. Then with his two pianos Poulenc conjures the magical, bell-like sounds of Balinese gamelan instruments as he remembered hearing them at the 1931 Paris Exposition.

Of movement two Poulenc wrote: “In the Larghetto of this Concerto, I allowed myself, for the first theme, to return to Mozart, for I cherish the melodic line and I prefer Mozart to all other musicians. If the movement begins alla Mozart, it quickly veers, at the entrance of the second piano, toward a style that was standard for me at that time.” Poulenc’s exquisite opening melody closely resembles a Mozart slow-movement theme, but it contains odd chromatic (half-step) inflections that would never have been heard in the 18th century. This slippery chromaticism gradually eases the music into Poulenc’s world, and the middle section becomes dreamily romantic in the style of Rachmaninoff.

Once again launched by percussive explosions, the finale is the most antic and diverse movement of all. Brilliant toccata-like music for the two pianos runs into a succession of brashly orchestrated slapstick tunes. But there are also passages of lovely, romantic lyricism. Near the close, the gamelan music returns again, now brighter and less mysterious. However, the Concerto’s last notes confirm that this marvelous musical game is not to be taken seriously at all.