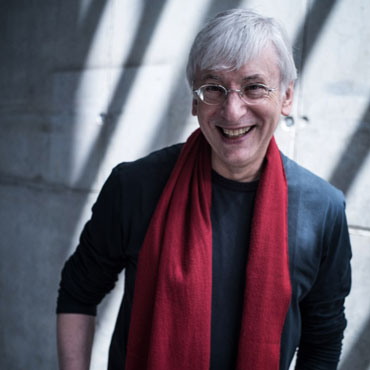 Mario Venzago is the Principal Conductor and Artistic Director of the Bern Symphony Orchestra since 2010 and Artist in Association at Finland’s Tapiola Sinfonietta since 2007.

Mario Venzago has given concerts with the world’s most famous soloists, and worked together with directors such as Ruth Berghaus, Peter Konwitschny and Hans Neuenfels.

Several of his CDs have won international prizes such as the Grand Prix du Disque, the Diapason d’or and the Edison Award. His recordings of the operas “Venus” and “Penthesilea” and of all choral works by Othmar Schoeck with the MDR choir and symphony orchestra received great international recognition and prestigious awards, as did his first film, “My Brother the Conductor” by Alberto Venzago, which was shown in cinemas across Europe and brought out on DVD. In the spring of 2015, the collaboration between Mario Venzago and the label CPO on the project “The Other Bruckner,” with all ten Bruckner symphonies, was completed. The individual releases, acclaimed by international critics, are available from CPO (www.jpc.de), as are the complete CD box and a documentary film. A complete recording of the serenades and symphonies by Johannes Brahms will soon be released. Further, the recording of Franz Schubert’s „Unfinished“ symphony with the Kammerorchester Basel, completed and conducted by Mario Venzago (Sony), currently causes a stir.