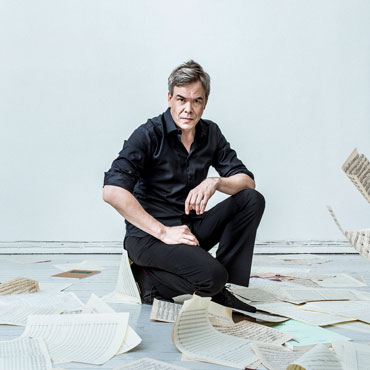 With a “scrupulous ear for instrumental color and blend” (Washington Post) and bringing “a distinctive dynamism to the podium” (Baltimore Sun), the 2017/18 season marks Hannu Lintu’s fifth year as Chief Conductor of the Finnish Radio Symphony Orchestra. Last season’s highlights include a concert tour to Russia, with performances at the Moscow Conservatory, Vyborg’s House of Culture and St Petersburg’s Philharmonic Grand Hall and a performance of Väinö Raitio’s opera Princess Cecilia (the first in 80 years) at the Helsinki Festival – both part of celebrations marking 100 years of Finnish independence. On Independence Day (6 December 2017) the Orchestra honours its 90th anniversary and 100-year-old Finland, premiering newly commissioned works by longtime FRSO collaborator Magnus Lindberg and Lotta Wennäkoski. Seven more premieres are scheduled throughout the season, along with performances of Bartók’s Bluebeard’s Castle and Beethoven’s Fidelio among others. In March 2018 the FRSO tours Spain and Germany with cellist Sol Gabetta – venues include the Berlin Philharmonie and the Kölner Philharmonie.

A regular in the pit, Lintu returns to the Savonlinna Opera Festival in July 2018 to conduct Verdi’s Otello – in 2017 he conducted Aulis Sallinen’s Kullervo as part of Finland’s centenary celebrations. The Finnish National Opera and Ballet also honoured 100 years of independence in a special collaborative project with director/choreographer Tero Saarinen of Sibelius’s Kullervo, with Lintu receiving rave reviews: “No other conductor – including several distinguished Sibelians – I have heard in this music has been quite so willing to show what makes [Kullervo] so original” (Opera Magazine, May 2017). Previous productions with Finnish National Opera include Parsifal, Carmen, Sallinen’s King Lear, and Wagner’s Tristan und Isolde in spring 2016. Lintu has also worked with Tampere Opera and Estonian National Opera.

Hannu Lintu has made several recordings for Ondine, Naxos, Avie and Hyperion. His recording of selected works by Erkki-Sven Tüür (with Christoffer Sundqvist, Pekka Kuusisto and the FRSO) was released in February 2017; Prokofiev’s Piano Concertos with Olli Mustonen, Mahler’s Symphony No.1, and Messiaen’s Turangalîla Symphony with Angela Hewitt and Valerie Hartmann-Claverie are among other recent releases. Lintu has received several accolades for his recordings, including a 2011 Grammy nomination for Best Opera CD, plus Gramophone Award nominations for his recordings of Enescu’s Symphony No.2 with the Tampere Philharmonic Orchestra and the Violin Concertos of Sibelius and Thomas Adès with Augustin Hadelich and the Royal Liverpool Philharmonic Orchestra.

Hannu Lintu studied cello and piano at the Sibelius Academy, where he later studied conducting with Jorma Panula. He participated in masterclasses with Myung-Whun Chung at the L'Accademia Musicale Chigiana in Siena, Italy, and took first prize at the Nordic Conducting Competition in Bergen in 1994.