Concertino for Trumpet and Orchestra 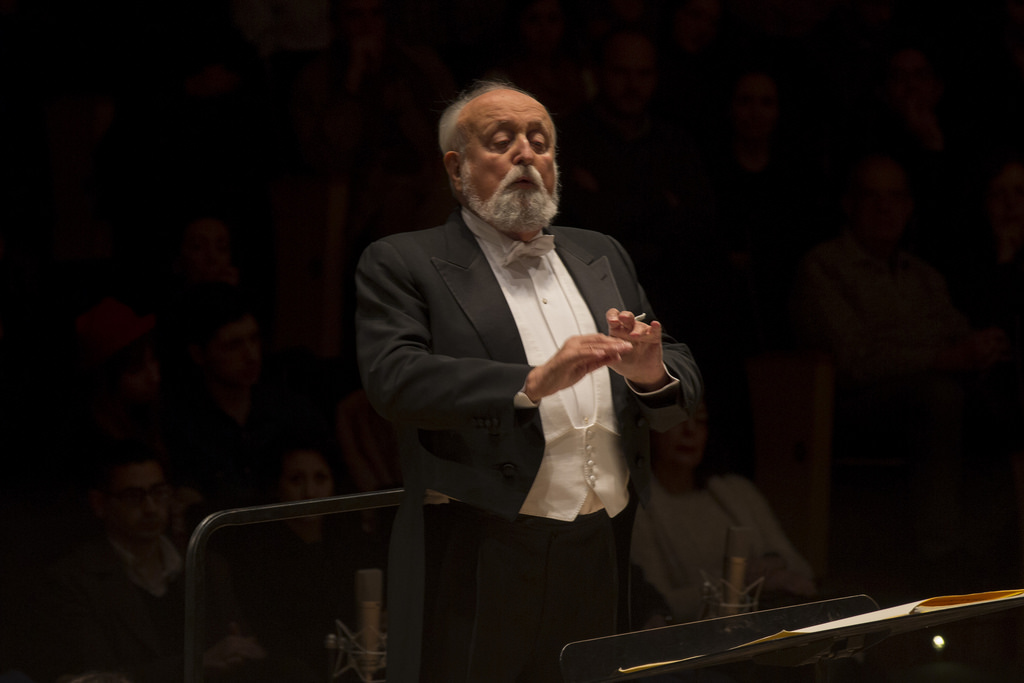 Poland’s greatest living composer, Krzysztof Penderecki has embraced a broad range of musical styles over the course of his long and prolific career. In the 1960s, he was one of Europe’s most influential avant gardists; his Threnody to the Victims of Hiroshima, written in 1960 for 52 separate string parts, was one of the signature pieces of that radical decade. He said his artistic aim was to “liberate sound beyond all tradition.” The intensely and disturbingly dramatic works he wrote in his early period were eagerly adopted by horror-film directors for their scores — notable examples being William Friedkin for The Exorcist, Stanley Kubrick for The Shining, and more recently David Lynch for his TV series Twin Peaks.

However, beginning in the mid-1970s, Penderecki renounced his radicalism, stating, “I was quick to realize that this novelty, this experimentation … is more destructive than constructive.” Though his language remained quite contemporary, it became more traditional and considerably easier on the ears. Such is the case with his delightfully entertaining Concertino for Trumpet and Orchestra, composed in 2015 for the Hungarian trumpet virtuoso Gábor Boldoczki.

Boldoczki brought the composer five different types of trumpet to demonstrate the variety of the instrument’s different color possibilities. Penderecki chose two for the Concertino: the standard trumpet in C Major and the deeper, mellower flugelhorn, beloved of jazz musicians. He cast the trumpeter as an actor as well as a musician and also featured prominent roles for a group of percussion instruments.

Indeed, to begin the Andante first movement, drums preemptively summon the soloist, who is soon heard but not seen. But she soon appears and commands center stage with a cadenza showing a vivid personality as well as virtuosity. Throughout this movement, her moods change rapidly from sassy to dreamy to, in a fast Allegro, aggressive.

For the slow and very beautiful second movement, the soloist switches to the alto-range flugelhorn for music that is nostalgic and melancholic. Wonderful contributions from solo woodwinds, including a soprano saxophone, support her.

In the third-movement Intermezzo, a new character arrives to challenge her: the bass clarinetist. Explosive chords from the orchestra and bass drum set up suspense for the confrontation.

This confrontation spurs the soloist on to extreme but lighthearted virtuoso feats in the finale, which suggests a Charlie Chaplin chase scene. Eventually, the driving Allegro music from the close of the first movement reappears to fuel the manic energy.