SIBELIUS Symphony No. 7 in C Major 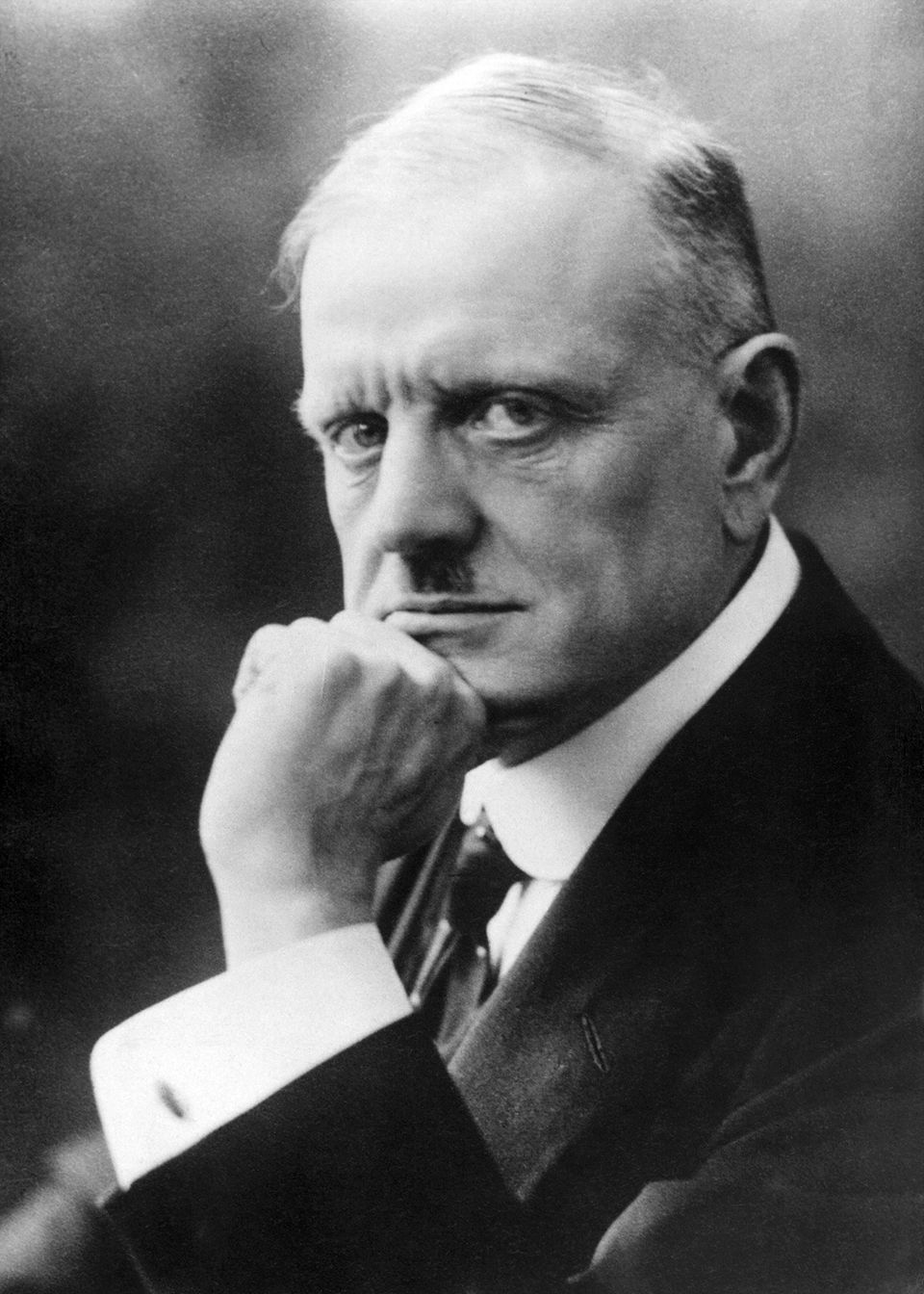 As Sibelius grew older and his symphonic craft more sophisticated, composing became more difficult for him. Struggling to complete his Seventh — and last — Symphony in the winter of 1924, he wrote: “I am on the wrong rails. Alcohol to calm my nerves and state of mind. How dreadful old age is for a composer! Things don't go as quickly as they used to, and self-criticism grows to impossible proportions.” He composed through the night, and his wife, Aino, would find him in the morning slumped over the score at the dining-room table with a bottle of liquor beside him.

Sibelius suffered from black depressions throughout his life, and heavy alcoholic consumption only compounded the problem. Just two years after he completed the Seventh Symphony, these demons would prematurely silence him, even though he lived on for another 31 years to the venerable age of 91.

Despite the struggle, the Seventh Symphony turned out to be one of his most extraordinary works, taking his unique approach to constructing a symphony to its ultimate level. It emerged as one great movement, moving in waves of accelerating and decelerating tempos and growing organically through the evolution of the most elemental musical ideas. In fact, there is only one true theme here, proclaimed three times by solo trombone and other brass and forming mighty pillars supporting and shaping the Symphony's structure. And Sibelius uses the brass section only for this theme. Like many of his greatest works, there is an underlying feeling of a human being standing in wonder before a big, powerful, and unknowable natural world.

The symphony begins with very basic musical ingredients: a rumble of the timpani and a slow scale in the strings ascending to a fateful, mysterious harmony. A fluttering-birds motive appears in the woodwinds. Rising and falling scales crisscross, and the woodwind birds cry out with forlorn power. Now a magnificent, warm-toned passage for divided strings expands the scales of the opening into rich counterpoint. This culminates in the first appearance of the epic trombone theme in the home key of C Major.

The tempo gradually accelerates and the musical texture becomes lighter as woodwinds and strings alternate in an airy dance. Eventually, whirling winds begin to blow in the strings, and the tempo decelerates back to Adagio for the second appearance of the brass theme, now dramatically extended and in darker C minor.

After this heroic music fades, strings and woodwinds begin a dancing acceleration to music of summer-day joy and lyricism built from the fluttering-birds woodwind motive. The tempo gradually builds to a throbbing Presto and then imperceptibly slides back to Adagio for the final and grandest appearance of the brass theme. Now back in C Major, it carries this utterly unique symphony to a radiant close.