Listen to the BSO Podcast 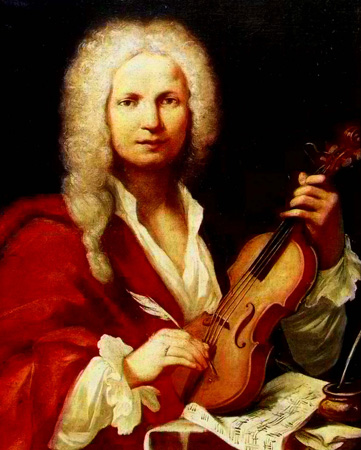 So popular is Vivaldi's The Four Seasons today that it seems incomprehensible that these four delightful concertos should have languished in the musical attic for more than 200 years before re-appearing around 1950, just in time for the invention of the long-playing record. For it was the LP that spread the Seasons' fame throughout the world, making it probably the most recorded classical work of them all.

How Vivaldi would have loved all those royalties! After a long and illustrious career in which he composed some 800 works — including 500 concertos for virtually every instrument extant in his time, as well as operas and church music — he died a pauper in 1741 in Vienna, far from his native Venice. But in his prime, he was a celebrated violin virtuoso, and his dynamic concertos influenced many other contemporary composers, including J. S. Bach.

By the 1720s, Vivaldi was devoting some of his time to the service of Count Wenzeslaus von Morzin of Bohemia. In 1725, he dedicated a remarkable new publication of 12 concertos, entitled Il cimento dell'armonia e dell'invenzione ("The Trial of Harmony and Invention"), to the Count — the first four of these concertos being The Four Seasons. But scholars believe the Seasons were actually composed a few years earlier, probably around 1720, making them contemporaries of Bach's Brandenburg Concertos.

Although Vivaldi had written other concertos with colorful titles, the Seasons took descriptive writing several steps farther by graphically illustrating four sonnets, possibly written by Vivaldi himself, which are included in the original printed edition. Moreover, Vivaldi added verbal cues in the scores so performers would know exactly what they were representing: whether a barking dog in the second movement of “Spring” or a drunkard wobbling through the first movement of “Autumn.”

Here are a few highlights to listen for in each concerto.

“Spring” (E Major) is viewed, along with “Autumn,” as a benign season in which Mother Nature brings unclouded happiness to humankind. Its opening movement features enchanting birdsong for the soloist and two other solo violins. According to the accompanying sonnet, the slow movement describes a goatherd slumbering in the fields; listen for the “woof-woof” of his watchful dog in the violas. The final Allegro is a pastoral bagpipe dance in a rustic meter with the lower strings providing the drone.

In G minor, “Summer” is the most threatening of the seasons. Its imaginative opening movement is a portrait of summer's breathless heat, with rumbles of a thunderstorm in the distance. The soloist imitates the rapid song of the cuckoo and later the turtledove and goldfinch. We hear the background buzz of insects in the slow movement as the peasant sleeps restlessly, fearing the coming storm that might damage his crops. In the last movement, the storm finally breaks with all the fury Vivaldi could muster from his small ensemble.

The bountiful harvests of “Autumn” (in the traditional hunting-horn key of F Major) are celebrated by a sober peasant-dance ritornello in the first movement. But the soloist has drunk far too much, and his inebriated antics provide delightful virtuoso opportunities. Vivaldi wrote in the slow movement's score that this is the sleep of the drunken revelers; the harpsichord takes the foreground over muted strings. The most fascinating movement is the last: a detailed scenario of an autumn hunt with the horses' stately prancing, the baying dogs, rattling gunfire, and the soloist as the fleeing stag, who dies just before the final ritornello.

In F minor, “Winter” is another menacing season. Vivaldi may be recalling here the terrible winter of 1708–9 when Venice's lagoon froze over. In an extraordinary opening movement, the chattering instruments enter one by one, piling up harsh dissonances to evoke the bitter cold. By contrast, the slow movement in warm E-flat Major conjures up the cozy atmosphere indoors by the fire, with the pattering raindrops outside imitated by plucked violins. The final Allegro describes people walking slowly on the ice, then quickly with frequent falls. As the string winds blow, the music reminds us that winter also brings pleasure as well as discomfort.