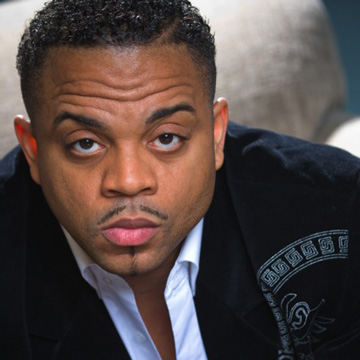 Darryl Jovan Williams is a native of South Carolina. He began his career as a singer in the local churches in Jasper County playing piano in churches at the age of 11.

Darryl began his professional stage career in such shows as, Singin in the Rain, A Chorus Line, Ain’t Misbehavin, Dreamgirls, The Wiz, ( 40th Anniversary in Central Park), Babes in Arms and has performed in such Off-Broadway shows such as, Mama I Want to Sing” and “ Big Mama Stringbean” the life of Ethel Waters (in which Williams earned an AUDELCO award nomination), “ All Night Strut”, “ Dreamgirls”, “ The Meeting” and “ Once On This Island”, just to name a few.

Darryl is the Gold Medalist of the Americans Traditions Savannah Onstage International Soloist Competition. It was this competition that earned Williams a Gold Medal and a Ten Thousand Dollar Grand Prize and an offer to sing for the Yachting Event for the 1996 Summer Olympics.

Darryl is a celebrated artist around the world. Darryl’s talent as a singer and performer awarded him an invitation to Europe in a tour of Eastern Europe to perform as Choir Director and guest soloist by one of Germany’s elite promoters The late Mr. Michael Brenner, in the European Tour of Queen Esther Marrow and The Harlem Gospel Singers. His vocal prowess gained him rave reviews and won him the opportunity to perform for Pope, (now Saint), John Paul II in Bologna, Italy.

Mr. Williams has toured extensively in the Broadway hit Smokey Joe’s Cafe with The Legendary Gladys Knight and was a fixture at Caesars Palace in Las Vegas, Nevada. Darryl has also created back-round vocals and sung back round or such artists as; Gladys Knight, Leslie Gore, Ann Nesby, Louis St. Louis and Emmy Award winner Dave Pierce. His performance and back-round vocals with Leslie Gore at Fienstein’s was lauded as one of the Top Ten Cabaret Shows in 2009.

Darryl has been recently the Co-music arranger and vocal arranger for Sir. Andrew Lloyd Webber. He was also the vocal arranger for the much anticipated hit Jesus Christ Superstar Gospel in which he won rave reviews in his portrayal as Judas.. Williams was recently a semi-finalist at the World famous Apollo Theatre. He was most recently seen as the lead in “Passing Strange” and in a one man show written for him by Broadway legend Mr. Timothy Graphenreed.