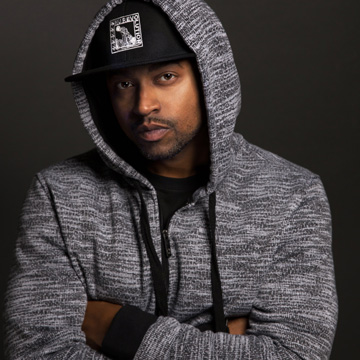 Baltimore-based rapper, musician and entrepreneur Wordsmith makes hip-hop with a strong motivational message. His mission is to entertain and educate through a message of purpose while providing clean, quality, marketable Music for the Masses.

Earning a full athletic scholarship to play football at Morgan State University it was his transfer to Salisbury University that shifted his focus to entertainment. Finishing with a Bachelor's Degree in Theater Arts Wordsmith combines his love of Music and Theater into highly expressive performances free of profanity, full of message driven content and fun for all ages!

Wordsmith kicked off 2018 with a nomination and win for Best Rap/Hip Album for Perspective Jukebox at the 16th Independent Music Awards. He followed that up by creating original Hip Hop narration for the Baltimore Symphony Orchestra’s rendition of Carnival of the Animals. A feature interview with NBC 4 Washington Journalist Barbara Harrison arose from the opportunity as Wordsmith set his sights on opening up for Justin Moore and Colbie Caillat at Fort Gordon for our service members. Coming back to Baltimore Wordsmith performed at the annual African American Heritage Festival headlined by Ella Mae and Druid Hill and had the honor of hosting the yearly BSO Gala with special guest Cynthia Erivo. Wordsmith closed out the year with a 2 week tour to teach and perform in Baku, Azerbaijan. 2019 is already shaping up to be Wordsmith biggest year to date with tours to Haiti, Angola, Latvia, Estonia, Lithuania and Belarus booked for the 2019 season!

Wordsmith's contributions as a musician, teacher and philanthropist have taken him on tours to Azerbaijan, Africa, Israel, Kuwait, UAE, Bahrain and more. Partnerships with The State Department, Baltimore City Hall, Keller Williams Realty, Open Door Baltimore and Project Plase have allowed Wordsmith to fulfill his love for helping the inner city youth and the homeless equally.