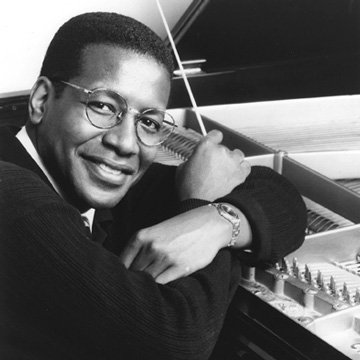 Conductor, pianist and composer Charles Floyd began studying piano at age four, gave his first solo recital at age nine, and by age twenty had been heard in solo recital, chamber music and concerto performances throughout the United States and Spain. His mentors include pianists Joseph Schwartz, the late AubeTzerko, Howard Karp, Lee Luvisi and Misha Dichter. He has been the recipient of numerous awards and grants, including the Aspen School of Music Fellowship, Oberlin Conservatory’s Rudolf Serkin Award and the National Chopin Competition of New York's Kosciuszko Foundation. Recent performances include the concertos of Beethoven, Rachmaninov and Greig Piano Concerto with orchestras throughout New England.

As a conductor, Floyd has been heard in concert with more than 500 orchestras since 1991, during which time his work at the podium caught the special attention of conductors James DePriest and Seiji Ozawa. His appearances include performances with the Detroit Symphony, the Atlanta, Indianapolis, Houston, Oregon, Saint Louis, Philadelphia, Detroit, Buffalo, San Francisco, Chicago, San Francisco and Baltimore Symphony Orchestras. He has also appeared with the Scottish National Radio Orchestra, the Toronto Symphony, the Sydney Symphony, Orchestre Symphonique de Montréal, the Melbourne Symphony, the Aukland Symphony, the Wellington Sinfonia (New Zealand), the Honolulu Symphony, The BBC Orchestra and the London Philharmonic. During the 2003-04 concert season, Floyd appeared with the Los Angeles Philharmonic in four different programs and made his debut with the Brooklyn Philharmonic at Carnegie Hall in July, 2004. During the 2006-2007, he debuted with the Edmonton Symphony (Alberta, Canada) and the Holland Symfonia at Amsterdam's Concertgebouw. His programs include standard classical literature from the Baroque era through the 20th century, as well as alternative orchestral repertoire ranging from film scores to a diversity of world musical styles.

His compositions range from chamber music to large orchestral and vocal works. A tribute to the Rev. Dr. Martin Luther King, One Man's Dream for narrator and orchestra was commissioned and premiered by The Charlotte Symphony Orchestra in 2001. His Four Spirituals for Soprano and Orchestra was premiered at Boston's Symphony Hall with the Boston Pops 1995 and his oratorio Hosanna for gospel chorus and orchestra premiered there in 2000. Other compositions include a Cello Concerto (2014), a Piano Concerto (2014) and a song cycle entitled Song Of Solomon (2014) and hundreds of orchestral adaptations and arrangements.

In July, 2005 he joined the small team of conductors performing Howard Shore’s The Lord Of The Rings Symphony at the request of the Oscar-winning film composer. In 2009 he conducted the pre-inaugural concert for President Barack Obama, We Are One, broadcast from the Lincoln Memorial on HBO.