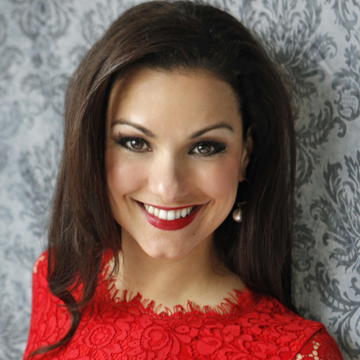 A Sandra American mezzo-soprano Sandra Piques Eddy begins the 2019-20 season at Inland Northwest Opera with her role debut as Suzuki in Madama Butterfly. She travels to Pittsburgh Opera to sing the role of Paula in Florencia en el Amazonas before returning to Boston Lyric Opera for another debut as Adalgisa in Norma.

Last season Eddy returned to Florentine Opera to sing the role of Mistress Revels in Prince of Players. At the Metropolitan Opera she sang the roles of a Novice and the Abbess in Suor Angelica. In Japan, she returned to Hyogo Performing Arts Center for a New Year's Eve Concert and then performed Carmen at Seiji Ozawa Music Academy.

Recent highlights include Meg Page in Falstaff at Opera Colorado and the title role of Orfeo ed Euridice at Portland Opera. She performed the title role of Carmen at Michigan Opera Theatre and Austin Opera, and returned to the role of Cherubino in The Marriage of Figaro for performances at the Hyogo Performing Arts Center in Japan.