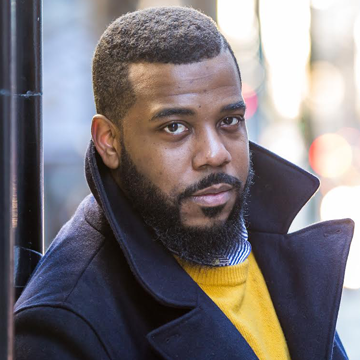 Lauded by The New York Times as a “terrific singer” with a “deep, rich timbre” and the San Francisco Chronicle as an “opera powerhouse” with a “weighty and forthright” sound, Sidney Outlaw was the Grand Prize winner of the Concurso Internacional de Canto Montserrat Caballe in 2010 and delights audiences in the U.S. and abroad with his rich and versatile baritone and engaging stage presence. A graduate of the Merola Opera Program, this rising American baritone from Brevard, North Carolina recently added a Grammy nomination to his list of accomplishments for the Naxos Records recording of Darius Milhaud’s 1922 opera trilogy L’Orestie d’Eschyle, in which he sang the role of Apollo.

The 2019-20 season includes his San Francisco Opera debut as the First Mate in Billy Budd, Messiah with the National Symphony Orchestra, Tommy McIntyre in Fellow Travelers with Madison Opera, Dizzy Gillespie in Yardbird with New Orleans Opera, Beethoven’s Missa solemnis with the Colorado Symphony, and Mahler’s Songs of a Wayfarer with the Toledo Symphony.