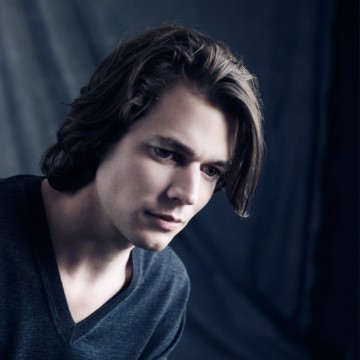 This season, the Théâtre des Champs Elysées presents a Bach cycle with David Fray performing the concerti for two, three and four pianos, Sonatas with Renaud Capuçon and Goldberg Variations.  Mr. Fray returns to North America with the Chicago Symphony, the New York Philharmonic, the Dallas Symphony and the National Arts Centre Orchestra. He gives recitals in Amsterdam, Budapest, Dresden, Milan, Istanbul and tours South Korea and Russia. He partners again with the violinist Renaud Capuçon for a series of duo recitals throughout Europe. Orchestral collaborations include the Leipzig Gewandhaus Orchestra, the Vienna Radio Symphony and play-directing the Casa da Musica Orchestra in Porto. In recent seasons, Mr. Fray toured Asia with the Dresden Philharmonic and Michael Sanderling, debuted with the Vancouver Symphony Orchestra and in recital at the Prague Spring Festival.  Last summer, he was a guest artist at the Music Academy of the West in Santa Barbara, California, where he taught a series of masterclasses in addition to playing a recital.

In 2017, Mr. Fray released a CD of selected Chopin piano works which was followed by his first public performances of the composer’s music. The previous disc called “Fantaisie,” an album of Schubert’s late piano works, was named Gramophone Editor’s Choice and has been called “one of the most appealing listening experiences of present times” and “exceptionally thoughtful and touching.” Mr. Fray records exclusively for Erato/Warner Classics and his first album with works of Bach and Boulez was praised as the “best record of the year” by the London Times and Le Soir. Mr. Fray’s second release, a recording of Bach keyboard concerti with the Deutsche Kammerphilharmonie Bremen was awarded by the German Recording Academy. An album with Schubert Moments Musicaux and Impromptus followed. Mr. Fray’s other critically acclaimed releases include Mozart piano concerti with the Philharmonia Orchestra and Jaap van Zweden and Bach Partitas Nos. 2 and 6 along with Toccata in C minor. In 2008 the TV network ARTE +7 presented a documentary on David Fray directed by the renowned French director Bruno Monsaingeon. The film “Sing, Swing & Think” was subsequently released on DVD.

David Fray holds multiple awards including the German Echo Klassik Prize for Instrumentalist of the Year and the Young Talent Award from the Ruhr Piano Festival. In 2008 he was named Newcomer of the Year by the BBC Music Magazine. At the 2004 Montreal International Music Competition, he received both the Second Grand Prize and the Prize for the best interpretation of a Canadian work.

David Fray started taking piano lessons at the age of four. He furthered his studies with Jacques Rouvier, who is also featured on his latest Schubert album, at the Conservatoire National Supérieur in Paris.