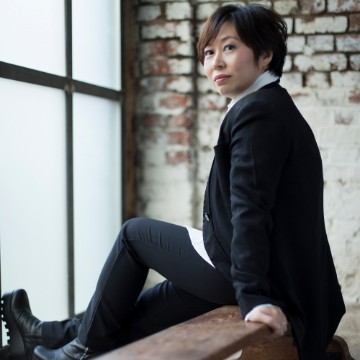 Xian Zhang’s contract as Music Director of the New Jersey Symphony Orchestra has been extended until the 2023/24 season, to include the orchestra’s 100th anniversary in 2022. Of her final concerts in 2017/18, conducting Mahler’s Symphony No. 1, NJ.com wrote: “From the opening bars, Zhang imbued the work with majesty, creating the alpine atmospherics that the score calls for. The off-stage horns sounded perfect and the deep pull of Mahler's music was in full effect. Zhang made the swooping waltzes of the second movement come to life and gave the bluesy, jazzy third movement an elegant light touch. The final movement was big and bold; the horns stood up in the grand finale and made beautiful, clarion sounds. The brass section of the NJSO has never sounded better. The NJPAC audience was on its feet at the end. This is now Zhang's orchestra – how far can she take it between now and 2024?"

In September 2016, Zhang assumed the position of Principal Guest Conductor of the BBC National Orchestra & Chorus of Wales, becoming the first female conductor to hold a titled role with a BBC orchestra. Her 2018/19 BBC NOW season includes her first international tour with the orchestra to China. The visit is supported by British Council China and forms part of their Inspiring Women In The Arts campaign.

She also holds the post of Conductor Emeritus of Orchestra Sinfonica di Milano Giuseppe Verdi, following completion of her tenure as Music Director from 2009–2016.

Equally in demand on the opera podium, she conducted a successful production of Nabucco with Welsh National Opera in June 2014 which subsequently transferred to Savonlinna, to where she returned in 2016 for Otello. Other notable opera engagements include Den Norske Opera in January 2016 conducting La Traviata, and English National Opera in October 2015 (La bohème). She will make her debut for Santa Fe Opera in 2020.

Working with young musicians plays a major part in Zhang’s life. She held the position of Artistic Director of the NJSO, Dutch Orchestra and Ensemble Academy from 2010 to 2015, and in summer 2015 she made her hugely successful debut with the European Union Youth Orchestra, conducting them in Grafenegg, Amsterdam, Berlin, Rheingau and Bolzano. In August 2017 she conducted the Italian Youth Orchestra in a programme of Tchaikovsky and Rachmaninov and returned to Aspen Music Festival in August 2018.