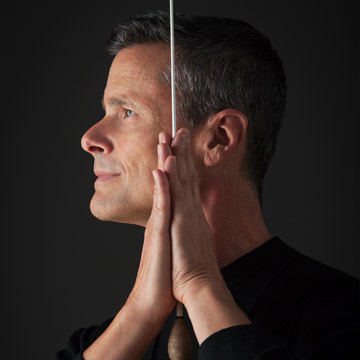 Conductor David Charles Abell begins Season 2019-20 conducting a new production of La bohème at Lyric Opera of Kansas City. He then travels to Philadelphia to pick up the baton with the The Philly Pops, where he serves at Principal Guest Conductor, for their series of eleven Christmas concerts. Early in the New Year, he conducts a series of Gershwin concerts at Kyiv National Theatre of Operetta in Ukraine, then returns to conduct Porgy and Bess in Francesca Zambello’s renowned production at Atlanta Opera. Back in Philadelphia with The Philly Pops, he conducts Sondheim: A 90th Birthday Celebration, after which he joins the creative team at Opera Theatre of St Louis for Die Fledermaus.

David’s recent projects have included Barrie Kosky’s production of Die Zauberﬂöte at Opera Philadelphia, Eugene Onegin at Hawaii Opera Theatre, Porgy and Bess and Die Fledermaus at Cincinnat Opera, Rigoletto and Carmen at Lyric Opera of Kansas City, West Side Story at the Glimmerglass Festival, and Kevin Puts’ acclaimed Silent Night in Kansas City, Cincinnati and Detroit.  In the UK, David recently conducted his own new critical edition of Kiss Me, Kate for Opera North and, in 2015, made his debut with English National Opera for its production of Sweeney Todd (starring Bryn Terfel and Emma Thompson). He returned to ENO in 2017 for an equally-acclaimed Carousel.

An established name in France, Maestro Abell has appeared regularly at the Théâtre du Châtelet, conducting the French premieres of Sondheim’s Sunday in the Park with George, Sweeney Todd and Into the Woods, Porter’s Kiss Me Kate (also in Luxembourg and at the Glimmerglass Festival), and Bernstein’s On The Town. He also conducted Follies at Opéra de Toulon, as well as concerts with the Orchestre National de Lyon, the Orchestre National Bordeaux Aquitaine and the Orchestre National d’Île de France.

David Charles Abell has conducted many of the premier British orchestras, including the London Phiharmonic, BBC Symphony Orchestra, City of Birmingham, Bournemouth, Hallé and Royal Scottish National. He has appeared often with the Royal Philharmonic Orchestra in repertoire ranging from Copland to Puccini to Kern. Other guest engagements include the Hong Kong Philharmonic, Iceland Symphony, Boston Pops, and two concerts in Carnegie Hall conducting the New York Pops.

The artist made his BBC Proms debut conducting the BBC Concert Orchestra in a live telecast of Richard Rodgers’ Oklahoma! and has worked with the Orchestra on many other occasions, including a BBC Proms tribute to Stephen Sondheim (also on live TV) and the War Horse Prom in 2014. His work with the BBC Symphony Orchestra includes a centenary concert honouring his mentor, Leonard Bernstein, at the Barbican in 2018. His performance with Peter Donohoe of the Gershwin Concerto in F with the BBC National Orchestra of Wales was featured in BBC Music Magazine. A much-respected artist in London’s West End, David conducted the Olivier Awards ceremony for four years and was the ﬁrst Musical Director for Andrew Lloyd Webber’s Love Never Dies at the Adelphi Theatre.

David Charles Abell has appeared regularly on television, most notably conducting the 10th and 25th Anniversary concerts of Les Misérables, broadcast worldwide. Other TV projects include Rachel Portman’s opera The Little Prince, The Waltz King, a drama/documentary about the Johann Strausses, father and son (both subsequently released on DVD), and the Châtelet production of Sunday in the Park with George (Mezzo TV). Recordings include Something’s Gotta Give with baritone Simon Keenleyside, Forever with soprano Diana Damrau, Jonathan Dove’s Tobias and the Angel, the musicals Miss Saigon, Martin Guerre and Man of La Mancha and highlights from La bohème and Madama Butterﬂy with the Royal Philharmonic.