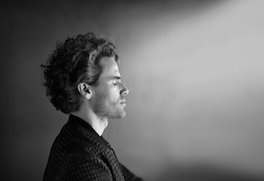 What do Radiohead, Kanye West, and The National have in common? They have all worked with composers who bridge the worlds of Pop and Classical music. Featuring works by Bryce Dessner, Jonny Greenwood, and Caroline Shaw, Twelve showcases the connection between genres. Music crossover specialist Steve Hackman and BSO musicians explain how the use of the same twelve notes can transform sound and style.