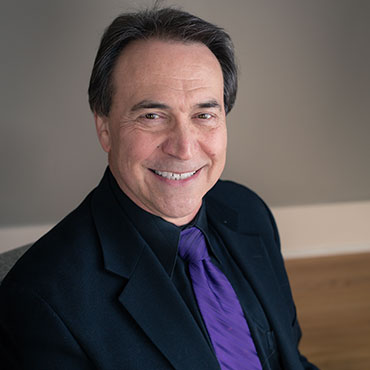 From 1979-1999 Edward Polochick was on the staff of the Baltimore Symphony as Director of the Symphony Chorus, and since 1979 he has been at the Peabody Conservatory as Associate Conductor of the Orchestra, Director of Choral Ensembles, and Opera Conductor. An accomplished pianist and harpsichordist, he has appeared as piano soloist with the Philadelphia Orchestra and the Los Angeles Chamber Orchestra.

Since winning the Leopold Stokowski Conducting Award and conducting the Philadelphia Orchestra, Maestro Polochick has attracted attention as an orchestral, operatic, and choral conductor. His appearances have included the Baltimore Symphony, Houston Symphony, Chautauqua Symphony, the Opera Company of Philadelphia, the Aalborg Symphony of Denmark, Omaha Symphony, Jacksonville Symphony, Daejeon Philharmonic in Korea, St. Petersburg Symphony in Russia and the State of Mexico Symphony Orchestra in Toluca, Mexico.

Mr. Polochick resides in Baltimore, where he is often asked to share his knowledge and love of music at various lecture series, adjudications, and radio broadcasts. He received the Peggy and Yale Gordon Achievement Award and in 2000 he was made an honorary member of the Baltimore Music Club. In 2002 he was awarded the Johns Hopkins University Distinguished Alumnus Award, one of only three Peabody alumni to be so honored. In 2003-04 he was named Baldwin Scholar at the College of Notre Dame of Maryland, where he held lectures, demonstrations, and panels on the creative act of music. Maestro Polochick is also a regular panelist on Face The Music, a review of recordings hosted by Jonathan Palevsky of WBJC-FM. In 2011 he adjudicated the Rosa Ponselle International Vocal Competition in Caiazzo, Italy. Last season Maestro Polochick led a set of Masterworks Series concerts on the podium of the Charleston (S.C.) Symphony.