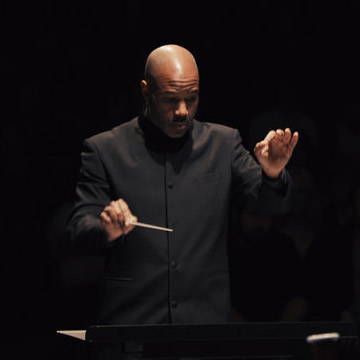 Daniel earned his Bachelors in Music Performance and Education from the University of Calgary, and received his Master of Philosophy in Performance from the Royal Northern College of Music in Manchester, England. He’s been awarded the Canada Council for the Arts Jean-Marie Beaudet Prize for Orchestral Conducting and has served as Assistant Conductor of the Kitchener-Waterloo Symphony and Associate Conductor of the Thunder Bay Symphony Orchestra. Daniel has performed with the San Francisco Symphony, the Toronto Symphony, Vancouver Symphony, Calgary Philharmonic, Hamilton Philharmonic, Edmonton Symphony Orchestra, and Eastern Sierra Symphony. The 2019/2020 season is an exciting one for Daniel; he will debut with the National Arts Centre Orchestra and will serve with the Washington National Opera at the Kennedy Centre as Cover Conductor.

Currently holding a coveted position as the Artist in Residence and Community Ambassador at Symphony Nova Scotia, Daniel has recently been appointed to the Board of Orchestras Canada and is the chair of the Inclusion, Diversity, Equity and Accessibility committee.