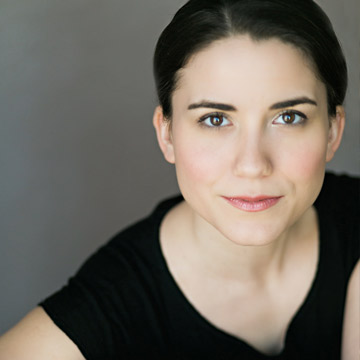 A native of Bolivar, New York, soprano Joélle Harvey has established herself over the past decade as a noted interpreter of a broad range of repertoire, specializing in Handel, Mozart, and new music. She was the recipient of a 2011 First Prize Award from the Gerda Lissner Foundation, a 2009 Sara Tucker Study Grant from the Richard Tucker Foundation, and a 2010 Encouragement Award (in honor of Norma Newton) from the George London Foundation.

The 2019-2020 season features important debuts for Ms. Harvey, as she performs Pamina in Die Zauberflöte with both the Metropolitan Opera and Santa Fe Opera. She returns to the Cleveland Orchestra for Mahler’s 4th Symphony as well as Mozart’s Mass in C Minor, which she will also perform with the Handel & Haydn Society. Mahler’s 2nd Symphony features prominently this season, for which she returns to both the St. Louis Symphony and the New York Philharmonic, with performances in New York and on tour conducted by Jaap van Zweden, and with the London Philharmonia with Jakub Hrůša conducting. She returns to the San Francisco Symphony for Brahms’s Ein deutsches Requiem led by Michael Tilson Thomas, and debuts with the Santa Barbara Symphony for Beethoven’s Mass in C. Her season also includes appearances with the Philadelphia Chamber Music Society for their Emerging Voices series, the Chamber Music Society of Lincoln Center for a concert in Alice Tully Hall featuring songs of Schubert, Chausson, and Harbison, and the Cincinnati Symphony for Handel’s Dilirio Amoroso.

The works of Gustav Mahler figured substantially in Ms. Harvey’s 2018-2019 season engagements. She returned to the Cleveland Orchestra as the soprano soloist in his 2nd Symphony, conducted by Franz Welser-Möst and performed in Cleveland and on tour. She also performed the work for her debut with the Toronto Symphony, in performances led by Matthew Halls. With the San Diego Symphony, she was reunited with conductor Edo de Waart for Mahler’s 4thSymphony, on a program also featuring Barber’s Knoxville: Summer of 1915. She was also presented by Carnegie Hall in recital with pianist Allen Perriello, as part of the Great Singers: Evenings of Song series. With the British ensemble Arcangelo, Ms. Harvey toured several U.S. cities, in performances with Artistic Director Jonathan Cohen. In June, she made her mainstage debut with the Royal Opera House, Covent Garden as Susanna in Le nozze di Figaro. The season also included appearances with the New York Philharmonic (Mozart’s Requiem), Utah Symphony(Beethoven’s 9th Symphony), Saint Paul Chamber Orchestra (Bach St. John Passion), North Carolina Symphony (Mozart arias and Mass in C Minor), Music of the Baroque (Bach Coffee Cantata), and Handel & Hadyn Society (Mozart’s Requiem).

Ms. Harvey received her Bachelor’s and Master’s Degrees in vocal performance from CCM, where she performed the roles of Amor in Cavalli’s L’Egisto, Emmie and Flora in, respectively, Britten’s Albert Herring and The Turn of the Screw, Poppea in L’Incoronazione di Poppea, Sophie in Massenet’s Werther, and Nannetta in Falstaff.