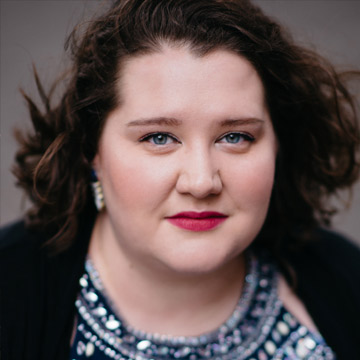 American soprano Felicia Moore is recognized as a powerful and innovative emerging artist having made music in partnership with Alan Gilbert, Anne Manson, Yannick Nézet-Séguin, Speranza Scappucci, Gary Thor Wedow, and Brian Zeger among others.

In the current season, Felicia Moore joins the roster of the Metropolitan Opera for First Lady in The Magic Flute led by Lothar Koenigs and sings the role of Susan B. Anthony in The Mother of Us All at the Metropolitan Museum of Art as a part of Project 19, the New York Philharmonic's multi-season initiative marking the centennial of the 19th Amendment, which guarantees women the right to vote in the United States.  Other highlights of the season include the Verdi Requiem with Music Director Alexander Shelley conducting the National Arts Centre Orchestra, Beethoven’s Ninth Symphony with Music Director Rafael Payare and the San Diego Symphony Orchestra, the title role of Ariadne auf Naxos at Arizona Opera, and Lady Macbeth in a newly constructed version of Verdi’s Macbeth with Heartbeat Opera.

Felicia Moore sang Donna Elvira in Don Giovanni last season for Palm Beach Opera, Heartbeat Opera, and with Chamber Music Northwest and she made her debut with Donato Cabrera and the Las Vegas Philharmonic in performances of Beethoven’s Ninth Symphony.  Highlights of the recent past also include Britten's The Turn of the Screw at Opera Columbus and the title role of Janáček's Katya Kabanova conducted by Anne Manson in a new production by Stephen Wadsworth at Juilliard.