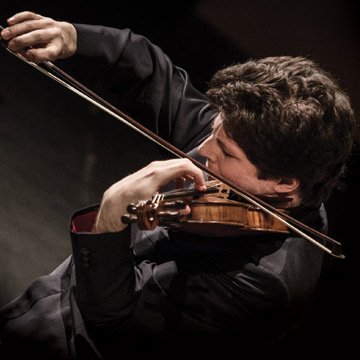 Grammy Award-winning German-American violinist Augustin Hadelich joins Marin Alsop and the Orchestra in Barber’s Violin Concerto. The program also includes a suite from Leonard Bernstein’s only independent film score, On the Waterfront, and concludes with Rachmaninoff’s Symphonic Dances and its unforgettable solo for saxophone.

*Todd Hitchcock, Director of Programming at the AFI Silver Theatre, will give a pre-concert talk at The Music Center at Strathmore about On the Waterfront at 6:30 pm on Thursday, June 3.
†The Parkway Theatre in Baltimore will screen matinee performances of On the Waterfront during this weekend.