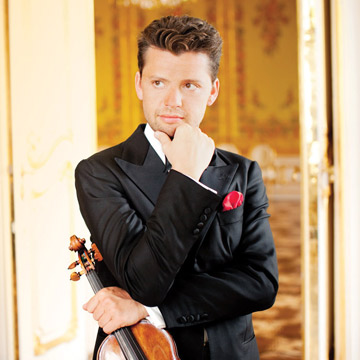 As a teenager, Julian Rachlin was a phenomenal violin prodigy. In this chamber orchestra program, he plays the roles of violinist and conductor in two versions of “The Four Seasons.” Vivaldi’s The Four Seasons from Italy vividly set the model for descriptive music. The Four Seasons of Buenos Aires by Argentina’s brilliant master of the tango Astor Piazzolla makes a fiery, mesmerizing contrasting work. The program also includes Mozart’s charming Divertimento in D Major, written when he was only 16 for outdoor entertainment in Salzburg.