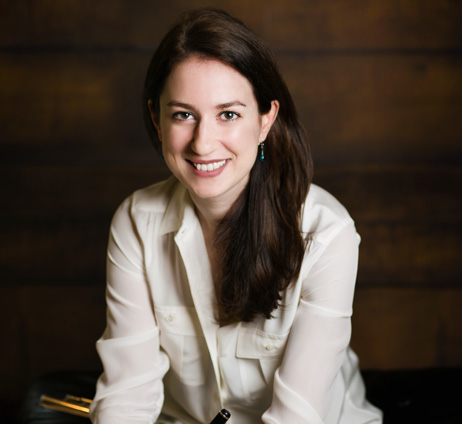 Amal Gochenour was appointed Piccoloist of the Baltimore Symphony Orchestra by conductor Marin Alsop in 2018. She has also performed with the New York Philharmonic, Philadelphia Orchestra, Chicago Symphony, National Symphony, Pittsburgh Symphony, Cincinnati Symphony, and Washington National Opera Orchestra, as well as guest Principal Flute with the Korean Broadcast Symphony. She was previously a member of the Richmond Symphony Orchestra.

Ms. Gochenour is an active teacher and has given masterclasses and lectures for flute studios around the country. She has presented at the National Flute Association and Mid-Atlantic Flute conventions, and is on faculty at the Atlantic Music Festival in Maine.

She collaborated as research associate with Jeanne Baxtresser, former Principal Flute of the of the New York Philharmonic, on the best-selling “Orchestral Excerpts for Flute, Volume II.”

Born in Kuwait and raised outside of Washington D.C., she began early musical studies on piano before switching to flute at the age of ten. She earned her undergraduate degree at the Cincinnati College-Conservatory of Music and her Master of Music degree at Carnegie Mellon University. Prominent teachers include Alberto Almarza, Jeanne Baxtresser, Alice Weinreb, Bradley Garner and Judith Lapple.