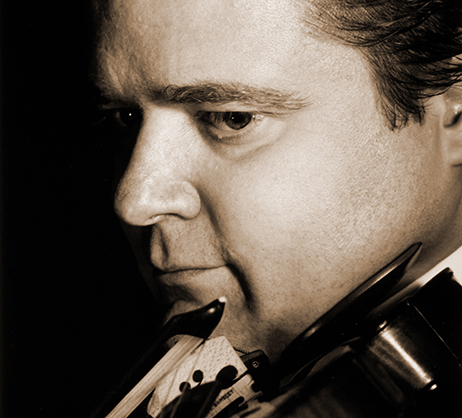 Born in Montreal, Andrew Wasyluszko is a graduate of the renowned Curtis Institute of Music in Philadelphia, where he studied with the eminent pedagogue Ivan Galamian and acclaimed violin soloist and chamber musician Jaime Laredo. Other mentors and coaches include Hans Bauer, Yuri Mazurkevich, Felix Galimir and Josef Gingold.  The winner of numerous competitions and the recipient of several Canada Council awards as a student, he was invited to Parliament Hill to perform for the Governor General of Canada.

Mr. Wasyluszko has held the position of Assistant Concertmaster with Orchestra London and was appointed Principal Second Violin of the Schneider Seminar in New York, working intensively with members of the Guarneri and Budapest String Quartets.  At the 17th International Horn Convention, he collaborated with the distinguished former Principal Horn of the Boston Symphony, Charles Kavalovski.  Since joining the Baltimore Symphony Orchestra in 1983, Andrew has performed at the Walters Art Gallery, the Baltimore Museum of Art, and the Peabody Conservatory of Music, as well as on numerous chamber music series, including Music in the Great Hall, Chamber Music by Candlelight, Sundays at Three, and Strathmore’s Music in the Mansion concert series in Rockville, MD.

Andrew is the former concertmaster of the Baltimore Choral Arts Society Orchestra and was featured as soloist at the Joseph Meyerhoff Symphony Hall, performing the Mozart Violin Concerto in A Major.  He has also appeared as concertmaster in a televised PBS special with the late Victor Borge and in several CBS and TNT “Christmas in Washington” productions, performing for Presidents Bush and Clinton.