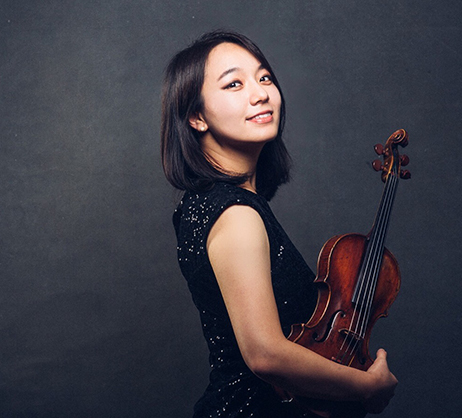 Ms. Lee, a native of Korea, began studying violin at the age of 7 in Carrara School of Music in Tuscany, Italy, while her father was a visiting professor at the Carrara Art College. Since then, Ms. Lee continued to follow her passion and received her Bachelor of Music degree in 2007 from the Seoul National University in Korea. Later that same year, she moved to the United States to attend the Manhattan School of Music, where she earned her Master of Music degree and Professional Studies Certificate in Orchestral Performance Program. During her studies for her master degree, Ms. Lee studied closely with Glenn Dicterow, former concertmaster of the New York Philharmonic Orchestra. Still today, she maintains an active performing career in New York as a substitute player for the New York Philharmonic. Ms. Lee has also performed with the Chicago, Pittsburgh and New Jersey Symphony Orchestras.

Prior to joining the Baltimore Symphony, Ms. Lee was a first year fellow with the New World Symphony, where she often served as a concertmaster working under the direction of Michael Tilson Thomas.