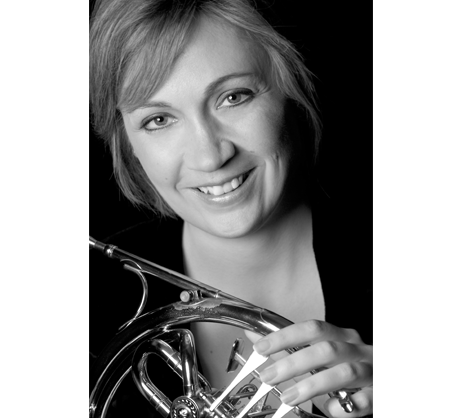 Beth Graham was delighted to return to the Baltimore Symphony in the fall of 2019, having spent twelve seasons with the BSO prior to being appointed to the horn section of the Warsaw Philharmonic in 2011. Graham also performs frequently with the Philadelphia Orchestra and accompanied them on tour in 2005, 2010, and 2012. She was honored to join the World Orchestra for Peace at the BBC Proms in 2014, and has played extensive Guest Principal Horn with the Malaysia Philharmonic, including recording and touring Japan with Dvorak's New World Symphony. She can be heard on numerous other acclaimed recordings, including with the Chicago Symphony, Baltimore Symphony, Nashville Symphony, Warsaw Philharmonic, and as horn soloist on indie artist Doug Hoekstra's albums.

Graham grew up in the United States, in New York and New Jersey. She earned a diploma from Juilliard Pre-College, a Bachelors of Music degree from Northwestern University, and a Masters of Music degree from the Peabody Conservatory. She has won a number of prestigious international competitions, including the Summit Brass International Solo Competition and the Seventeen Magazine National Concerto Competition, where she was also the winner of the American Music Prize. In demand as a recitalist and concerto soloist, Graham's engagements include the Warsaw Philharmonic Chamber Orchestra and Baltimore Symphony Orchestra.

A period instrument advocate, Graham performed at the 2012 Historical Brass Symposium in New York, and has performed and recorded on baroque and classical natural horns with the Bach Sinfonia and Opera Lafayette in Washington and New York. Also an avid chamber musician and champion of new music, she has commissioned and premiered several new chamber works. Passionate about education, Graham is co-founder of the Warsaw Horn Workshops, was on the faculty of Towson University and Luzerne Music Center, and has given numerous masterclasses in Europe and the United States.

When not holding a horn, Beth can often be found bicycling, hiking, doing yoga, or playing chess. She lives with her husband and young son in Baltimore