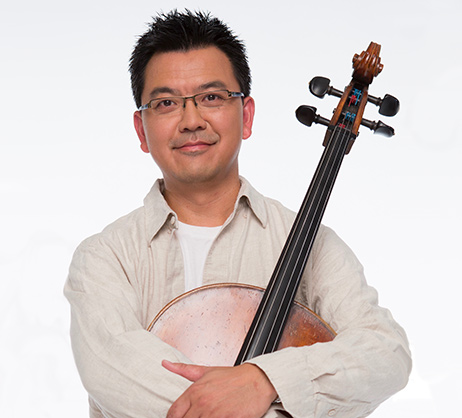 Praised by Baltimore Sun for his “eloquent, poetic playing”, Bo Li is the 4th chair cellist with the Baltimore Symphony Orchestra.

Since his solo debut with the Shanghai Symphony at age 17, Bo Li has frequently soloed with many other ensembles including the Pennsylvania Centre Orchestra, Southern Illinois Symphony, Acadiana Symphony in Louisiana, South Arkansas Symphony, Riverside Symphonia in New Jersey and Montgomery Symphony in Alabama. His concerto performance with New England Conservatory Symphony was broadcast nationwide by NPR. Most recently he soloed with Baltimore Symphony playing Tchaikovsky’s “Rococo Variations”.

Among many awards he has received, Bo Li was a prize winner at the Tchaikovsky International Competition. He also won a top prize at the National Cello Competition in China, the Laurence Lesser Presidential Award and the Concerto Competition at New England Conservatory, the Presser Scholar Award by the Presser Foundation, and fellowships with the Aspen Festival and the Montgomery Symphony.

Bo Li played in the New York String Orchestra as the Principal and was a guest principal with the Singapore Symphony. An active chamber musician, Bo Li has performed in US, South America, Europe, Asia and has collaborated with such artists as Pamela Frank, Jon Kimura Parker. Passionate about teaching, he has taught at music festivals and has given master classes at universities and conservatories throughout the US and aboard. He was also featured on Voice of America, Free Talk Asia and China Central TV. His first solo CD was released by Tian-Tian in Beijing.

Bo Li came from a musical family in China. After attending the Shanghai Conservatory of Music, he finished his education at Illinois State University with Ko Iwasaki and at New England Conservatory with Colin Carr and Laurence Lesser.

On February 18, 2017 at 11 am, Bo will be teaching and performing in the Maryland Center for the Arts’ Master Class and Concert Series at Music Land, 200 Gateway Drive, Bel Air, MD.