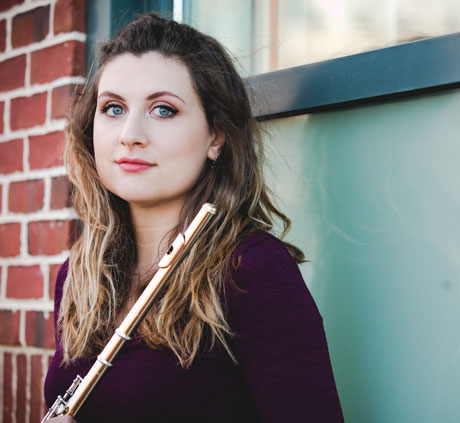 Christine Murphy joins the Baltimore Symphony as Assistant Principal Flute in 2019, appointed by Music Director Marin Alsop.   Prior to her appointment, Christine received a Master’s degree from Rice University’s Shepherd School of Music. She also holds an undergraduate degree in Political Science from Columbia University, where she was a student in the Columbia Juilliard Exchange.   As an active orchestral and chamber musician, Christine has appeared at venues including Carnegie Hall, the Kennedy Center, Alice Tully Hall, and Chicago’s Symphony Center.  Additionally, she has been awarded solo prizes from organizations including the National Foundation for the Advancement of the Arts, the National Flute Association, and the Chicago Flute Club.   As a concerto competition winner, she has appeared with orchestras including the Chicago Youth Symphony Orchestra, the NSO Summer Music Institute Orchestra and the Kishwaukee Symphony Orchestra.   In recent summers, Christine has appeared at the Sarasota and Aspen Music Festivals.  Born in Chicago, Illinois, Christine began playing the flute at age 7.  Her primary teachers include Leone Buyse, Robert Langevin, and Donald Peck.